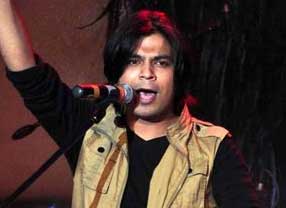 Bollywood singer Ankit Tiwari was Thursday arrested by Mumbai police on charges of allegedly raping his former girlfriend and remanded to police custody till May 12.

"Ankit has been arrested and presented before the court, which remanded him to police custody till May 12," his lawyer Nagesh Mishra told IANS.

Tiwari's brother Ankur was also arrested but it could not be ascertained whether he has also been charged with rape or with threats to assault the victim.

The victim had met Ankit through a common friend and the alleged rape took place late Wednesday (last) night at her home.

Tiwari said the brothers have alleged a conspiracy by their professional rivals to defame Ankit after the singer achieved nationwide fame with his rendering of songs like "Sun raha hai tu" in the recent hit movie "Aashiqui 2".

"Ankit has not been in touch with the girl since one year and before that he was in a relationship with her for a couple of years," said Mishra.

"He has been accused of rape and molestation under sections 376 (rape), 417 (cheating) and 493 (cohabitation by a man deceitfully inducing a belief of lawful marriage) of the IPC (Indian Penal Code)," he added.