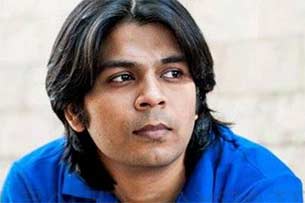 Singer Ankit Tiwari was Thursday arrested after being accused of rape and molestation by his former girlfriend Nidhi Khanna.

The case has been registered at Versova police station.

Ankit's lawyer Nagesh Mishra said: "Ankit has not been in touch with the girl since one year and before that he was in a relationship with her for a couple of years."

"He has been accused of rape and molestation under sections 376 (rape), 417 (cheating) and 493 (cohabitation by a man deceitfully inducing a belief of lawful marriage) of the IPC (Indian Penal Code)," he added.

"Nidhi is an advertising person. She is a divorcee and has a 12-year-old child," Mishra said.

Besides Ankit, his elder brother Ankur Tiwari has also been accused of intimidation and harassment and arrested, said a source.

Nidhi reportedly filed an FIR at Versova police station following which Ankit and Ankur were arrested and presented in Andheri magistrate's court.

Counsel Mishra said: "Ankur might get bail as the charge against him is not too serious. These are all false allegations and we will put our best foot forward to get bail for Ankit as well."

Nidhi has claimed that she married Ankit two years ago in a temple, while Ankit says they have not been in touch for the past one year.