View Profile
Alia Bhatt has recently been sighted all over India for the promotion of her upcoming movie, Humpty Sharma Ki Dulhania. Indulging in this fashionista's style, BollyCurry's Fashion Police had an interesting time witnessing the various outfits worn by the petite actress. 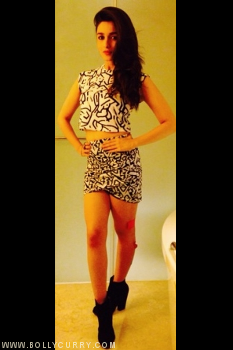 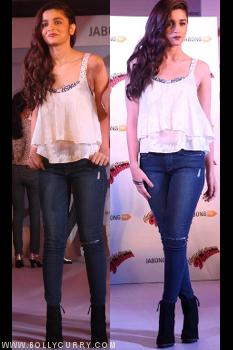 Spotted in Zara more often than once, it's safe to say that this is perhaps Bhatt's favourite brand. One appearance saw her in a white flowy, noodle-strap shirt paired with skin fit denims along with black ankle length boots. The maroon lip colour threw the onlookers for something new, which was quite a success. The hair might have been a mess, but it fits perfectly with the casual look. The second look by Zara was rather sexy, showing off her long, slender legs. Giving the designer boots a second go, as well as the red lippy, we can't complain much off the repetitiveness owing to the two different looks they create. But what is it with the (cute) pink bandages? 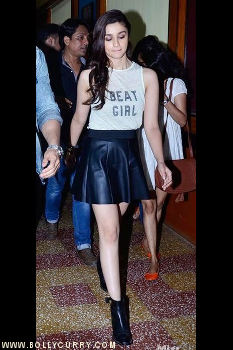 Dressing appropriately for a college promotion, Bhatt was witnessed in French Connection 'Beat Girl' tank top with a leather skater skirt and Balenciaga black boots At first glance, the outfit is an eyesore but on third and fourth glances, it grows on you. A lot. Completing her look with pink tainted lips, the usual loose hair and accessorizing just one hand with a couple of black and gold bracelets, good stuff, Ms. Bhatt! 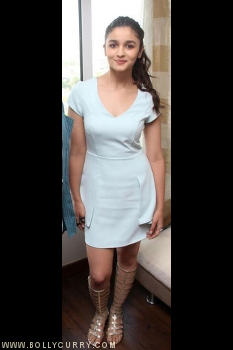 Indore saw Bhatt donning a new look, however, we'll reserve judgement if the look is a hit or a miss with you readers. The baby blue Top Shop dress that ended right above her knees was met with the Gladiator sandals from Stuart Weitzman, which in our opinion is a complete mismatch. The sandals, which is a work of art on its own, would have worked wonders with a more casual look but this dress begged for some heeled pumps. We're not a fan of the ponytail either. A sleeker do would've been better. 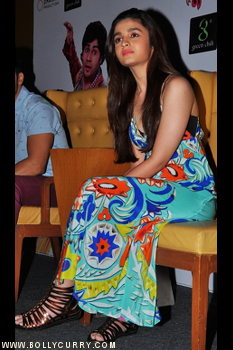 The promotions of Humpty Sharma Ki Dulhania continues with Bhatt being spotted in a printed maxi dress by Turquoise & Gold. The dress itself is passable but definitely not with those gladiator sandals. They may be another version of what was worn previously but let's face it, they're atrocious. The ring by Futurology and the tangerine lips, however, are a go!
Overall, it seems Alia Bhatt has a long way to go to discover what exactly her style is. We're all for experimentation but to mismatch to this extent is causing us some deep concerns. Here's hoping that Humpty Sharma Ki Dulhania is a better hit than the apparels we have witnessed so far and that Bhatt's future appearances console us.

Do you have a comment or suggestion for BollyCurry? Drop us a PM at BC_Dropbox today!
13 Likes