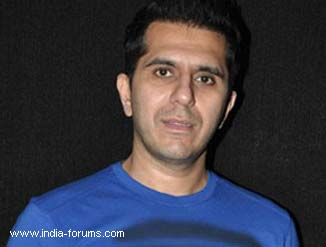 Ritesh Sidhwani, one of the most successful Bollywood producers who churned out hits "Dil Chahta Hai", "Rock On!!" and "Don: The King Is Back", has been invited to speak at the Harvard India Conference 2012, to be held at the university's campus in Boston next month.

Sidhwani confirmed the news, but says the details of the talk are yet to be decided upon.

"We haven't planned what to showcase at Harvard from our repertoire yet. That decision will be finalised very soon," he said in a press statement.

The conference, jointly organised by the Harvard Business School and the Harvard Kennedy School of Government, will be held March 24-25.

The theme of Harvard India Conference 2012 is "India - The Next Frontier", and Sidhwani will talk on the business of entertainment panel with the theme "The New Age of Entertainment".

His company Excel Entertainment has been known for new style of filmmaking, popular among all age groups.

Nawazuddin Siddiqui Waited 20 Years to Work with Sudhir ...
13 minutes ago

Rakul Preet Singh confesses to being a part of drug chats ...
43 minutes ago