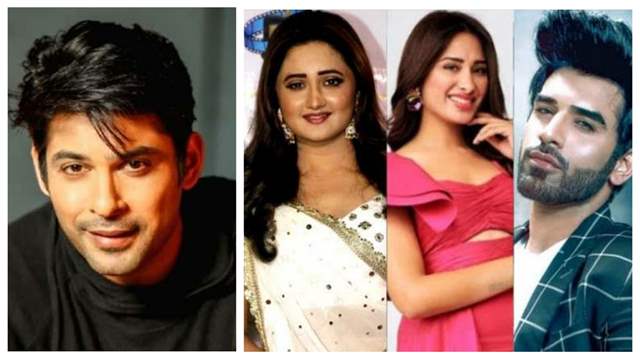 Bigg Boss 14 is barely managing to find a footing right now and it can be safe to say that this season is just not working out in one way or another even though former favorites have come back.

But what can also be not denied is that Bigg Boss 13 was not only one of the longest seasons in the show's history but also one of the most successful ones too. Many love-hate relationships were formed and majorly many of them were sourced to winner of the season, Sidharth Shukla.

How can we forget Shukla's fights and banter with Rashami Desai, Mahira Sharma, Paras Chhabra, Vishal Aaditya Singh and Asim Riaz among others. And it seems Shukla also hasn't forgotten any of it especially today, when it's his birthday. Shukla celebrates his 40th birthday today and he took this occasion to enjoy a funny tweet and good banter with her former BB mates, Desai, Sharma, Singh and Chhabra.

He tweeted, "To @TheRashamiDesai #ParasChabbra @MahiraSharma_ #VishalAdityaSingh ..... and who so ever it may concern ....I am now officially 40 saal ka ... but still not a Buddha ..(joke plz take it like one)"-

Desai responded to this saying, "Aww... I knew it... you’re gonna miss me so harddd. on that note wish you happy birthday. Stay blessed @sidharth_shukla"-

Shukla took note of it and responded further, "Thank you @TheRashamiDesai you too stay blessed"-

Whil Sharma's Twitter account is real or not, we don't quite know but the one tagged by Shukla, responded, "HAPPY BIRTHDAY to the strongest person i know. @sidharth_shukla  so grateful for the memories we have made so far, i miss so much. Have a the most magical birthday... Stay blessed.."-

It is good to see all this isn't it? And of course, we wish Sidharth a very Happy Birthday.