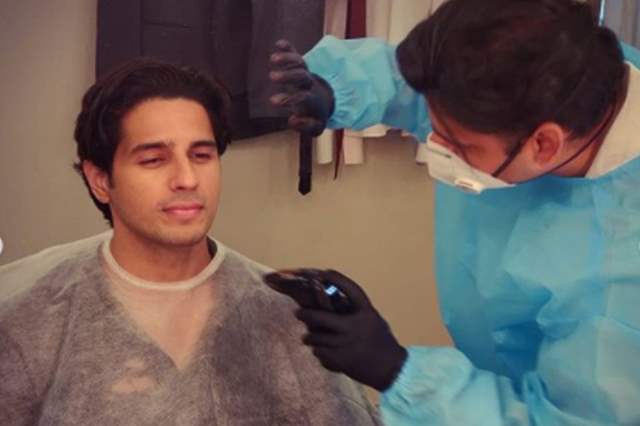 Even though the whole coming back on track idea isn't exactly as appealing as it might be otherwise where the coronavirus cases continue to rise every passing day, work is the one thing that has now resumed in several facets.

We all know how theaters have taken the step to slowly reopen and a few films have begun screening too, it is the shoots of multiple films that are now in the process of starting up.

Multiple films have already begun their shooting and now, joining that list is the upcoming Sidharth Mahlotra starrer, Shehshaah. Interestingly, Malhotra has quite a few films coming up and one of the biggest projects in the mix is Shershaah.

Just like the list of several actors restarting their shoots, Malhotra resumed work and even shared photos of the same on soial media. Sharing the photos of the 'new normal', Malhotra captioned, "Soldier back at work! #OnTheSets #Shershaah."-

Talking about the film Shershaah, it is based on the life of Kargil War hero, Captain Vikram Batra who was also awarded the Paramvir Chakra posthumously.

We wish the team all the best for the shoot.