You are here :
Advertisement
OVERVIEW ABOUT CAST FORUM
68
ARTICLES
24
VIDEOS 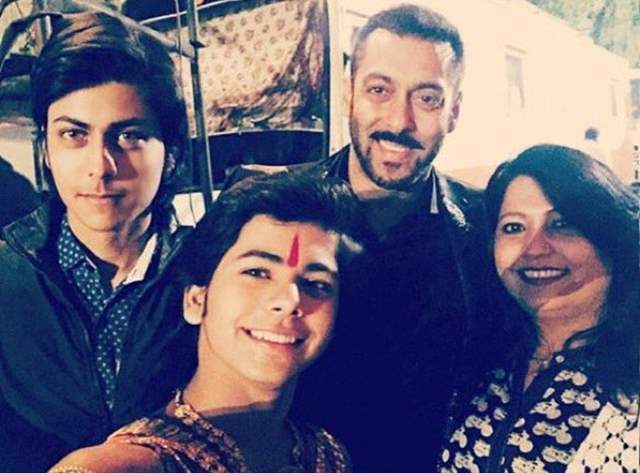 Actor Siddharth Nigam continues to be one of the most exciting young talents on the small screen, especially considering how he now has three successful shows to his credit.

Having recently wrapped up the Sab TV show, Aladdin - Naam Toh Suna Hoga, the fans and Nigam himself is still trying to get over the sadness of the fact that the show is indeed going off-air.

Nevertheless, we know Nigam has had an amazing career so far - where it all started when he played Asoka in the show, Chakravartin Ashok Samrat on Colors. Interestingly, Nigam recently opened up in an interview with Times of India how none other than Salman Khan helped him get a raise in his per day salary. He said, "I shared a good bonding with Salman Sir when I was shooting for Ashoka in Karjat and he was shooting for Sultan and another film. I would workout in his gym and also had dinner with him. We would workout together. Salman sir had asked me about my per day salary once when I was working on Ashoka and he was really shocked after hearing it. Since my per day was very low at that time, he called up someone and told that person how low I was being paid. And after he spoke about it and there was a boom in my per day after a year of being on Ashoka."

He added, "Salman sir has given me very good advice that you are a gymnast, your body is flexible. He said you look like John Travolta, so I searched for him. I thanked him. He said involve your gymnastics in your acting. If I add a flip in my scene while delivering a dialogue then people will notice me. So, I have added such things in my role for Aladdin too. I learnt Parkour after watching YouTube videos on my own. I was a very bad dancer but I have improved a lot. While doing Jhalak I would rehearse for 18 hours at a stretch to get the perfect moves. I added my gymnastics into it too and that's why people know me as an action actor."

Ranbir Kapoor will ‘Charge Extra Per Day’ if the shoot does not end on ...