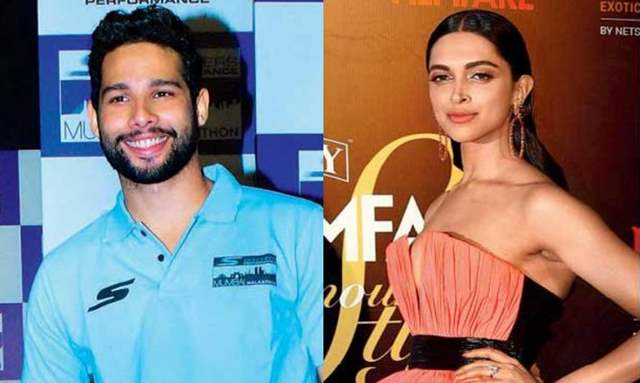 Recently, Siddhant Chaturvedi was shooting for Shakun Batra's next in Goa for the last two months and has finally returned to Mumbai. The actor had had a working Diwali this year and it seems he definitely had a blast on the sets of his upcoming film which remains to be untitled.

The Gully Boy actor was reportedly shooting with co-stars - Deepika Padukone and Ananya Panday. The trio will be seen coming together for the first time and during a recent interview with Mumbai Mirror, Siddhant opened up about his film and spoke about his experience working with Deepika Padukone.

Siddhant spoke about the film and revealed that Shakun Batra is pushing the boundaries of Indian cinema with this film.

Sharing his experience working with Deepika, Siddhant said, "She submits herself completely and makes the character believable. I am living out my dream in every possible way."

On the other hand, the Mumbai Mirror report also mentioned that the actor will be moving on to Phone Bhoot with Katrina Kaif and Ishaan Khatter after wrapping up this movie.

He will also be seen in Bunty Aur Babli 2. Adding that he wants to live new characters every time, he said, "I want to try new things, live all the characters that crowd my imagination. I don’t want people to slot me, I want them to experience something new every time they enter the cinema halls."