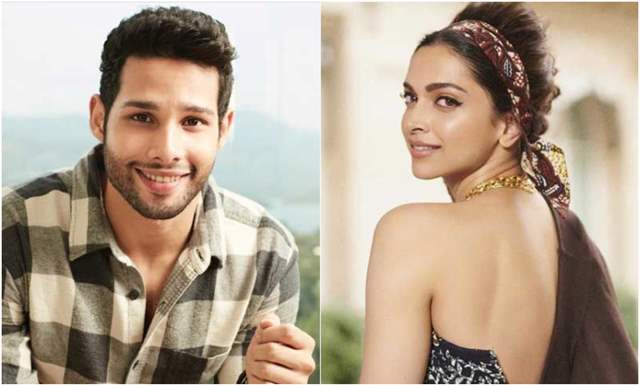 Siddhant Chaturvedi, Deepika Padukone, and Ananya Panday are all set to come together on-screen for the very first time and the Shakun Batra directorial is indeed one of the most awaited films. The film is scheduled for a release in February 2021, however, given the ongoing pandemic, the film is likely to be delayed.

The process for Unlock 4.0 phase has been initiated and Siddhant is excited to get back to work finally. A Bombay Times report suggested that the actor has already shot for one of his films in Mumbai last week and he is looking forward to beginning the shooting of Shakun Batra directorial.

The actor spoke about the schedule for the shooting of his upcoming film. “I will be flying off to Goa next month for Shakun Batra’s film. We will be put up there for a period of one month,” Siddhant told Bombay Times.

For the unversed, the Gully Boy actor is extremely fond of Deepika and she even loved his performance. Talking about the same Siddhant said, “Yes, she told me that after I met her post the screening. Then again, I met her for the readings of this (Shakun Batra’s) film. Now, my motive is to not let her take her eyes off me in this film (laughs!).”

Meanwhile, on the work front, Siddhant Chaturvedi is also gearing up for Bunty Aur Babli 2 as well as Phone Bhoot. Deepika, on the other hand, is going to be seen in '83 soon, while she has another film on the lines of Mahabharat, narrated from Draupadi's point of view.