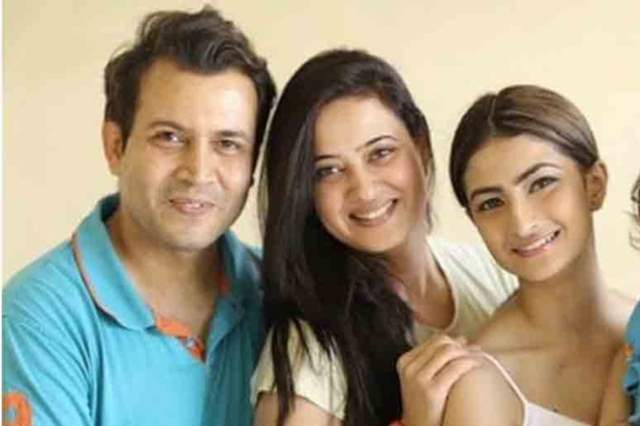 TV actress Shweta Tiwari’s husband, Abhinav Kohli who was arrested after his wife filed a complaint of misconduct with his stepdaughter, Palak Tiwari, received bail.

According to reports, Abhinav was produced before Borivali Court where he was granted bail. He is now out of Police custody but the case is still on.

On Sunday, Shweta along with her daughter Palak Tiwari and mother filed an FIR at Kandivali’s Samta Nagar Police Station against her second husband, Abhinav Kohli accusing him of domestic violence and misconduct with her daughter. He was booked under sections 354-A (sexual harassment), 323 (causing hurt), 504 (intentional insult), 506 (criminal intimidation), 509 (word, act or gesture to insult modesty of woman) of the Indian Penal Code (IPC) and 67-A (transmitting obscene material) of the Information Technology Act.

Also, Palak wrote a long note and shared her ordeal, Abhinav never “physically molested me, or touched me inappropriately” but he went on to “persistently make inappropriate and disturbing remarks the impact of which is only known to my mother and I, and if any woman from any walk of life were to hear them she would be greatly embarrassed and provoked too. Words which would question the standing dignity of any woman, which you wouldn’t expect to hear from any man, especially not your ‘father’.” she revealed.

Keep an eye on this space for further updates.

Abhinav Kohli & Shweta Tiwari are Not Separated and are Living ...

Shweta Tiwari Has Been An Inspiration For Her Mere Dad Ki Dulhan ...

A HUGE FAN a year ago He should be locked in jail.

Shaina_b 1 years ago They all get bail!!!! How is the wife safe if he gets out on bail??

Sushant was in Pain after Break Up with his 'Mukku'? His ...
52 minutes ago