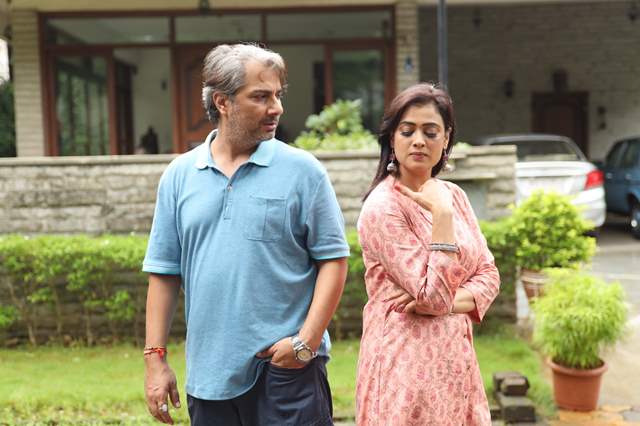 Actor Varun Badola who is an experienced actor, writer and director, has worked with the likes of Tigmanshu Dhulia for Haasil and Charas, and is currently been seen on Sony Entertainment Television’s latest offering Mere Dad ki Dulhan. Varun is sharing screen with renowned television actress Shweta Tiwari and debutante actor Anjali Tatrari.

Given his experience, Varun is often seen constructively contributing in the making of the show and the scripting. The show’s storyline is a relatable concept of a father-daughter duo where Niya (Anjali Tatrari) is on a mission to get a partner for her father Amber (Varun Badola). Shweta Tiwari who is essaying the role of strong and independent women Guneet Sikka will be seen accidentally landing in Amber and Niya’s lives.

“Varun improvises the scripts during shoots. Most of the time when the script is given to him, he just reads it and understands it. Later at the time of shooting, I have observed him adding his extra inputs. I think that writer wala keeda within him never dies. I believe if he gets a chance to write entire shows’ script, he would be very happy to do that (Laughs)”, shares Shweta who has known Varun for quite a long time. Both Varun and Shweta know each other for 25 years but have been paired opposite to each for the very first time in this show.

When contacted Varun he shared, “Yes, I like improving my scripts and dialogues during shoot. I do it for myself and sometimes for Niya’s character too. Anjali being a debutante turns up to me for advice and I love mentoring her. It is helping me improvising my writing skills and maintaining the consistency too.”

Varun mentioned that he is obliged to Tigmanshu Dhulia for being an inspiration. He adds, “I must confess I was in very good hands when I was working with Tigmanshu Dhulia. This is the only reason I believe people love my work. He has inbuilt the ‘writing ka keeda’ in me which is prevailing within me till today. I have written more concepts which are under process now but that have become my back-end work as I am involved full time with Mere Dad ki Dulhan. But direction will happen very soon. Sooner than people expect.”

A HUGE FAN 8 months ago Rocking on Shweta Tiwari. You are the best!