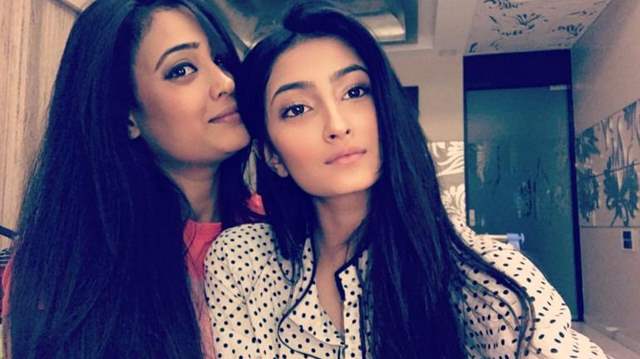 Actress Shweta Tiwari is recently been in conversation for her television comeback show Mere Dad ki Dulhan. Shweta was on a break to spend time with her 3 years old son Reyansh. “When I had my first child - Palak, I couldn’t spend much time with her as work kept me occupied. Hence, I didn’t take any project when Reyansh was born”, says Shweta Tiwari who will be seen sharing screen with Varun Badola and Anjali Tatrari.

In the show, Mere Dad ki Dulhan, Shweta is essaying the role of Guneet Sikka who is a strong headed woman with full of positivity. Despite being deceived in the past she is optimistic about giving life another chance. Even though Guneet goes through a lot of upheavals in life, she displays her strength through her smile. Usually the female protagonists on television shows are projected as the care givers who eventually display their strength in adversities; however, Guneet as a character is broken – yet her approach towards life is not bitter, which makes her very endearing.

When enquired about similarities between Guneet and Shweta she shares, “Guneet has an unusual approach towards life. Even if there is fire in the house, she will not panic. Her first reaction would be- Now that house has caught fire, what can we do. Let us find the solution. Frankly, I am unlike Guneet in my real life. But my daughter Palak very much resembles the characteristics of Guneet. She is a very positive and optimistic person.”

Narrating about Palak’s traits, Shweta adds, “In a situation when Palak and I both are standing in a long queue and person standing behind us randomly goes ahead, she will simply smile and let them go. I on the other hand get annoyed but she calms me down by saying the queue is not even that long and we are not getting delayed so what is the problem? She is very innocent. When I prepare for the character of Guneet I always keep in mind Palak’s smiling face and her optimistic nature. I am happy that she is very much similar to Guneet atleast so far.”