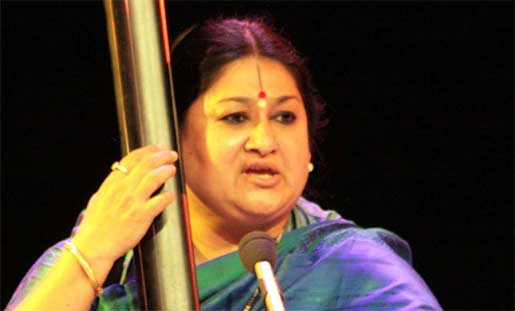 Taapsee looked bright and beautiful as the showstopper in a colourful Indian ensemble.

"I have known Gaurang for two years, but this is for the first time that I am walk ing the ramp at LFW for him. I have been telling him to please design a colourful bright outfit for me and he has designed all the possible bright colours in my outfit like orange, pink and yellow...I love what I am wearing," Taapsee told reporters post the show.

Taapsee walked the ramp donning a yellow ghagra with an orange hemline while the dupatta was draped to make it look like a half sari. It had a bright yellow and orange border which accentuated the overall look. The blouse had detailed embroidery on the sleeves.

With curly locks and a green bindi in place, Taapsee made for a perfect muse and justified Shah's outfit, which was part of his Chitr-Sena line.

Talking about the idea of having live classical music during his showcase, Shah said: "I just couldn't think of anything more enchanting than this to describe the story of Chitr-sena."

The ensembles were made using kanchipuram weaves with a unique twist in colours and textures.

Shah said he took over six months to shape up the Chitr-sena line, which has various textures in kanchipuram, beautifully blended with hand-weaves, traditional designs and modern artistry.

His collection had ghaghras, anarkalis, ghararas, and angarkhas with pants tailored in matka silk and maheshwari-khadi. These are embroidered with fables in zardosi and badla.

The colour palette used by Shah is dominated by purple, green, orange and yellow.