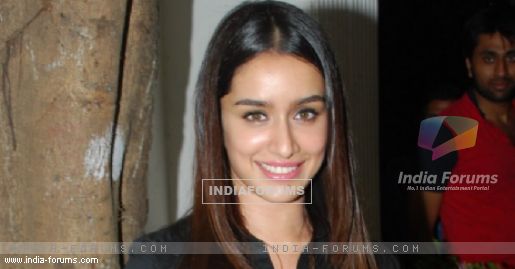 Actress Shraddha Kapoor is excited about her next film "Rock On 2" as she will get to sing her own songs.

"I am very excited about "Rock On 2" as I would get to sing my own songs. Not just one but I will have few songs to sing," Shraddha told reporters here on Thursday at designer Ken Ferns' fashion show.

"So I am very excited about that. I hope everybody likes me singing my own songs in the film. I am training now so I hope I can sing better," added the actress, who sang "Galliyan" in "Ek Villain" and also crooned for "Haider".

"Rock On 2" is a sequel to the 2008 hit musical "Rock On!!". The upcoming film will also star Prachi Desai, Farhan Akhtar and Arjun Rampal, who were seen in the prequel.