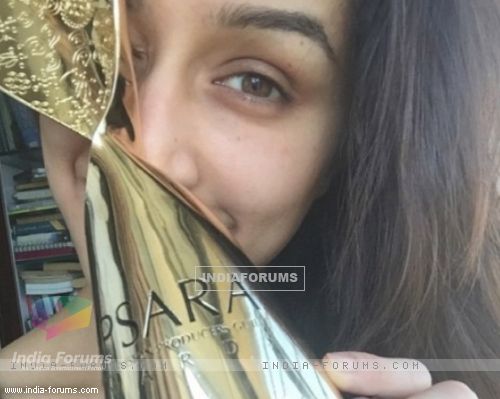 The young actress has had a super successful last year with her film Ek Villain entering the 100 crore club and Haider getting immense love and appreciation from audiences as well as critics. With this, the actress has a commercially and a critically successful film to her credit.

Apart from 2014 being a fantastic year for Shraddha Kapoor with the films, the actress also made her singing debut with Galliyan Unplugged.

The song received fabulous response from all quarters. So much so, that she sang a song in Haider too. Star Guild Awards bestowed upon her the Shining Superstar award and Shraddha is absolutely thrilled with the recognition and she feels blessed.