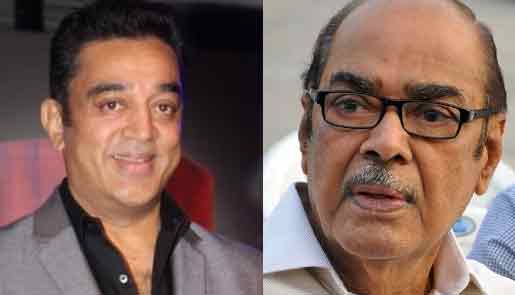 Actor-filmmaker Kamal Haasan feels visionary producer D. Ramanaidu, who lost his battle to cancer Wednesday, should be truly considered a national producer and not restricted to one industry.

"It'd be unjust to introduce Ramanaidu saab to another generation as a Telugu, Tamil or Hindi producer. He's much more than that. He's truly a national producer," Kamal said in a video message.

"India as a largest filmmaking country has its strength but the strongest point about south India, especially Chennai, is that the national cinema sprang from here. It is not in the north you found national cinema. It was not in Kolkata or Mumbai, but it was here," he added.

He went on to add that he was probably the only producer "who produced films in many languages".

"Ramanaidu saab came from Vijaya-Vahani studios. He ran big productions for them. The beginning of his career started with super successes and it continue throughout. He's probably the only producer I know who has produced films in so many languages," he added.

Kamal said Ramanaidu left a legacy behind instead of being the last of the Mohicans.

Ramanaidu's funeral will take place Thursday around 3 pm at his studio in Hyderabad.