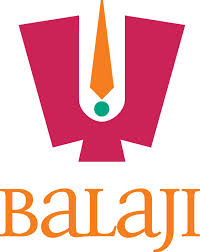 As there are many shows which have been launched by the various production houses for some time now, it seems the pressure is piling up on the people who are associated to the show to gain top position at TRP charts and make it more successful.

To make it more popular and bigger the production people work day and night. According to the latest buzz there is an alleged strike in the Film City where the shooting of the several shows has been stalled. As reported that the workers of the popular show Kumkum Bhagya aired on Zee TV worked over time due to which the show landed in a soup. As per the guidelines issued by AMU (Allied Mazdoor Union) workers cannot work beyond 12 hours. Since they were shooting beyond the time, the workers who are a part of Allied Mazdoor Union have protested against the same.

Our reliable source informed us," Kumkum Bhagya was shooting till late last night beyond the stipulated time for which Allied Mazdoor Union people barged in and started opposing. But the verbal argument turned sour and things blew out of proportion between Balaji production and people of AMU resulting into a fight. Most of the people were injured in this fight. A complaint has been lodged against Balaji by the AMU and four people from the Balaji's production team including the production manager were detained in Powai Police station and are yet to be released.

AMU which comes under the federation, is protesting against the fracas, and all the shooting happening at the Film City has been stalled. All the leading shows which are shooting at Film City as the AMU people will not let them shoot till the matter is solved. AMU people are currently protesting near Film City and the area is under police surveillance. To settle things between the  AMU and Balaji production members, a meeting will be held in the evening to solve this matter till then other shows have to suffer as their schedule is being disrupted for no reason.Until and unless AMU's demands are fulfilled then only the shows can enjoy a smoother ride without any hurdles in between.

If this matter is not solved soon then the production of the other shows will have to face heavy loss and the work load of cast of the shows will increase as their telecasting schedule will be get disturbed.

We hope that everything goes well!

KhatamKahani 6 years ago If the industry and PHs were more organized, had a better and tighter grip on schedule and production, this wouldn't be a problem.

But chalo, blame the small fish for protesting against the big sharks.

Salna22 6 years ago This is too much... Hope Ekta mam solve it as soon as possible.

aravapalli 6 years ago may be they are right but its not the way they handle it. in order to help the people who work overtime they are creating moore prblm ass due to their protestation, the shootings will be delayed and tto cope up with the loss they hay have to spend more time.
in this way both actors and crew and the concepet of the shows will be suffered

KaranSG_01 6 years ago All these associations really need to think accordingly.Every case cannot be solved in the same way.You have to look it from different perspectives as well.Sometimes these people just go OTT.

Mages 6 years ago knowing ekta...she will solve it soon...
even if the actors worked overtime...they are still being paid for their overtime...and KB is a new show...it needs more time and attention...once the show is settle down than rules can be followed...

sometimes too much interference by the certain association does damage to the shows and channel...

sweet_angel27 6 years ago Come on cause of one show all the shows will be delayed . Hope they solve this problem soon.