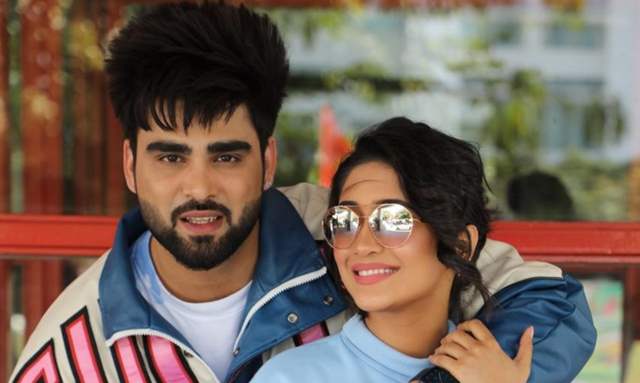 Kismat Teri's trailer was recently launched and garnered a lot of attention and reviews for the chemistry between Inder and Shivangi. The song depicts a possessive girl played by Shivangi who longs for attention from her guy, played by Inder Chahal. The trailer showed how Shivangi makes sure Inder values her time and does not let any girl come close to him. It is a cute love story of a couple. The song is a peppy groovy number sung by Inder and will be launched by the music label,

Commenting on Kismat Teri, singer Inder Chahal says, "Kismat Teri is very special to me. I love it's composition and the way we have shot the song. Kismat Teri is a cute, romantic knok-jhok situation-based song between a couple. This is my first association Shivangi Joshi and it has been a great experience working with her".

"This is my debut in a Punjabi music video with Kismat Teri. This song is special to me and while it took me time to register the meaning of the lyrics, I thoroughly enjoyed shooting for this song in Chandigarh. Kismat Teri is a cute, romantic, and knok-jhok situation lead song between a couple. The lead opposite me and singer is Inder Chahal, who is a gem of a person. It was a great experience working with him", says Shivangi Joshi