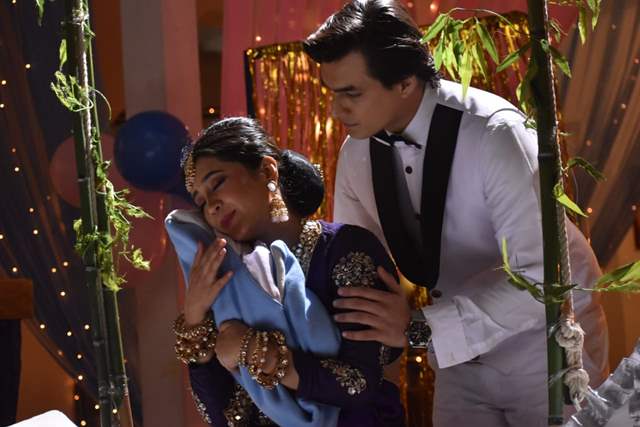 Shivangi Joshi and Mohsin Khan starrer Yeh Rishta Kya Kehlata Hai is definitely one of the most loved television shows and now that the duo is back with a bang, fans can't seem to get enough of them. And now, the two will soon add some fun and frolic on screen as they will be taking to the characters of Madhuri Dixit and Salman Khan from their hit film Hum Aapke Hain Koun... While they will don the same costume as the duo, they will also be seen dancing to 'Didi Tera Dewar Deewana.'

In the upcoming episode, the family is now all set to welcome Gayu and Samarth's new baby with a baby shower that is as grand as it gets. And now, Kartik and Naira will bring on their A-game to the celebrations, also ensuring loads of entertainment and fun. Both of them look perfect replicas of the original and while Shivnagi looked stunning, Mohsin too, made for a handsome chap on screen. To add to all of this, their chemistry too will be overwhelming and fans sure can't seem to get enough of it already.

Check out the photos right here:

Yeh Rishta Kya Kehlata was amongst one of the first few shows to resume shooting post the pandemic, and well, fans have been in awe, ever since. Given the fact that it is one of the biggest hits on Indian television, one can never have enough of this. Produced by Rajan Shahi, the cast is ensuring extra precaution while shooting and with the fresh storyline, there is much more for the audiences in it.