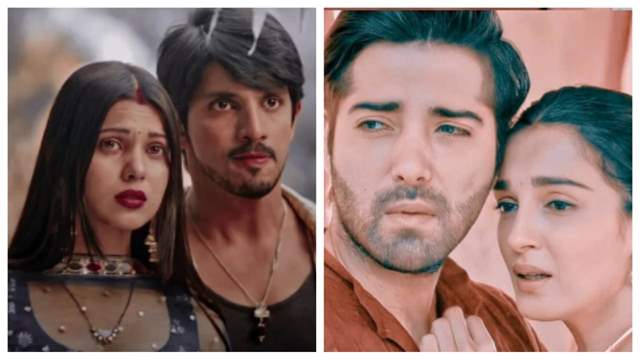 Star Plus show ‘Pandya Store’ is getting all the love from the audience. The current track of the show revolves around Dhara, Gautam and the Pandya brothers planning to go to Shiv mandir and do a special pooja for Gautam and Dhara so that they can become parents.

In the upcoming episodes, Prafulla confronts Shiva and tells him that he has spoiled Raavi’s life. She deserves someone better but got a person like him in her life. She states that Shiva is lucky to have a girl like Raavi in his life and should be thankful. Prafula’s rants make Shiva lose his calm, he breaks the glass that he was holding, hurting himself. Raavi gets stressed.

Krish gets the materials required for the pooja and that’s when Anita enters. She plans to make holes in all the pots, so that the water can’t get collected, resulting in their pooja not being completed. Dhara comes there and sees Anita. She tells Dhara that she was helping Krish to sort out the stuffs required for the pooja. She gives her a pot decorated with flowers and tells her to use the same pot for the pooja and hands it over to her but before Dhara could hold the pot, she makes it fall and tells Dhara that it’s a bad omen and tells her to be extremely careful during the pooja. Dhara and Gautam feel pressurized.

Raavi recalls her college days and misses those days. Shiva comes in the room but doesn’t talk to Raavi. Furthermore, Raavi meets her college buddies. Looking at Raavi hugging her male friends, Shiva gets insecure.

+ 2
2 months ago Pandya Store’s cast is wonderful and expecting the writers to give tracks worthy of their acting.

2 months ago Waiting for next track hopefully it'll be good. Pandya store ❤

2 months ago Pandya store has an amazing cast.. Love them❤.. Hoping for better episodes in the upcoming week.

+ 4
2 months ago The entire cast of Pandya store is doing a great job! Hoping for a good upcoming track 💖