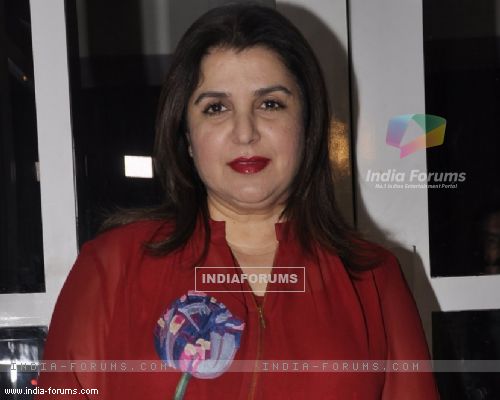 Farah Khan, who will celebrate a decade of her marriage to movie editor-director Shirish Kunder, says he's the dominating one at home.

Farah, who is herself a frank and outspoken person, told IANS: "Shirish is more dominating at home. People think that I am dominating, but that's not true."

However, as far as matters related to their triplets - son Czar and daughters Diva and Anya - are concerned, it has to be a "two people's decision".

Farah married Shirish after he edited her film "Main Hoon Na". He also worked on her directorial "Om Shanti Om".

Looking back at their relationship, she said: "We don't realise it has been 10 years. It's been great journey! The last seven years have been great because the kids came along."

She says their bond is special as "we are each other's friend".

"We know there is somebody who loves you regardless of whether your last film is a hit or a flop," she added.