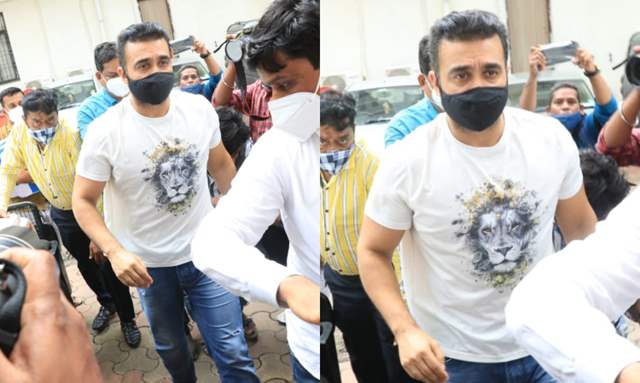 The Bombay High Court on Wednesday granted businessman Raj Kundra interim protection from arrest in connection with a pornographic film case that was filed by the Mumbai police in 2020.

Actress Shilpa Shetty's husband Raj Kundra is currently in jail after being arrested in July after being caught in another case involving the production and distribution of pornographic videos on several mobile apps.

He filed an anticipatory bail plea with the HC after a sessions court denied his application. In his bail application, the 45-year-old stated that his name was not included in the FIR filed by the cyber police last year and that he cooperated with the police by providing multiple statements to assist in the investigation whenever necessary.

Back in February 2020, Raj Kundra claimed that a friend approached him to invest in a company called Armsprime Media Pvt Ltd.He thought the venture's concept was unique because it provided a digital platform for artists to showcase their talents and interact with customers. As a result, he decided to invest in the company.

Kundra, on the other hand, claimed that he never actively participated in the business' contract building or content creation. He referred to himself as a "sleeping partner" in the business. Kundra also stated that the company's app "Hotshots" has nothing to do with pornography, as alleged by the police.

1 months ago Omg omg is this true....omg...thank God raj ji is safe and free....hope he is declared free of charges ...am just doing prayers and pooja for his success.....the whole nation stands with him