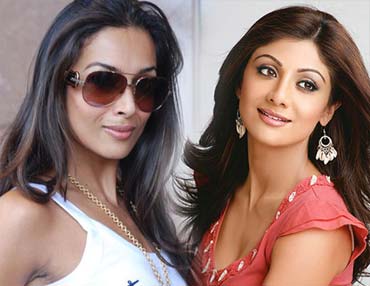 "When I first came to this industry, two people who impressed were Malaika and Shilpa. They have been able to maintain themselves. They both are healthy and fit. Malaika is also a mother. These two people impressed me a lot," Jacqueline told reporters Friday at the unveiling of Women Health magazine.

The actress says she enjoys yoga more than gymming.

"I tried gym, I was also a regular at the gym but it didn't work for me. It became a bit of bore. Fitness is about having fun. I was not having fun at gym. With yoga, at times we go for swimming, dancing, so it was fun," said Jacqueline who will be seen in "Race 2".

"I didn't even believe in yoga before. Now it feels good. I have been practicing it for around three years now," she added.

Jacqueline Fernandez gives us a glimpse of her in-flight scenes while ...

Jacqueline Fernandez is oozing hotness in her new Ballerina photoshoot