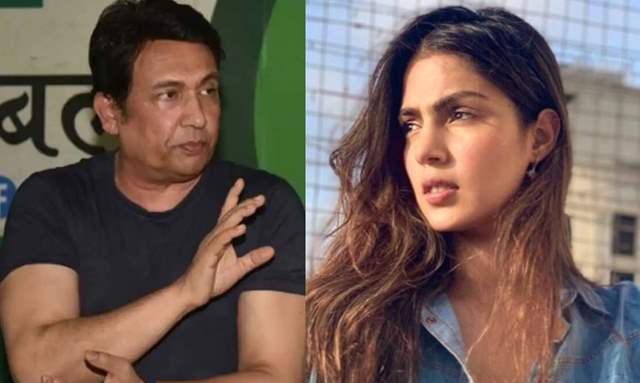 Rhea Chakraborty broke her silence after two months since her boyfriend and actor Sushant Singh Rajput’s unfortunate demise. Sushant passed away on June 14 2020, and while it looked like a case of suicide at first, things have turned murky with new revelations being made around the case.

In her latest interview, Rhea denied all allegations levelled against her by Sushant’s family and stated that the late actor’s relationship with his father and sister was stranded. She also added that Sushant’s mother dealt with depression and after she passed away, the actor too suffered depression.

Rhea’s statements have sparked an uproar on social media and many fans are calling the interview scripted. Amid the many other comments, actor Shekhar Suman, who was one of the first few people to raise his voice in Sushant’s death case has also mocked the actress for her latest interview.

Taking to Twitter, Shekhar Suman wrote:  “I must confess for a moment I was deceived by her performance and fell for her well-rehearsed emotionality..i got swayed by her tears and display of immaculate, manicured histrionics.Then suddenly Sushant came into my dreams and told me 'don't believe her'.”

In his latest tweet, he wrote: "Yday Rhea portrayed Sushant and his entire family in such a bad light while she tried to come across as a caring,loving,squeaky-clean GF,potraying Sushant as a drug addict,uncaring insensitive guy; also suggesting that the family is dysfunctional..deplorable."

Besides, Rhea also made shocking claims about Sushant’s relationship with his sisters, financial transactions, the Paris trip and more in her interview. However, Sushant’s sister Shweta Singh Kirti has lashed out against Rhea’s claims on Twitter.