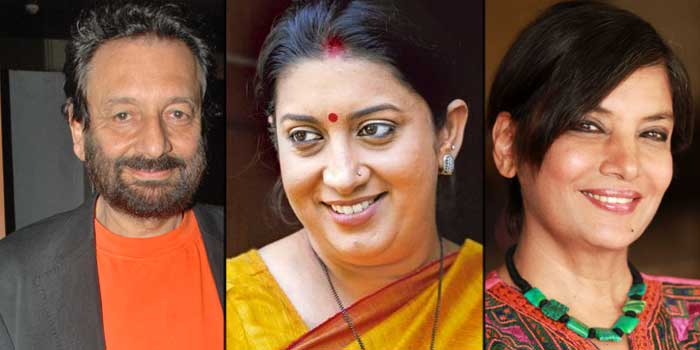 Irani, who heads the Textiles Ministry, was appointed as I&B Minister on Tuesday, a day after M. Venkaiah Naidu, who was handling the Ministry, was picked as the NDA's Vice Presidential candidate.

"It's great to have you as our new minister Smriti Irani. Content is driving our world now. So great to have someone that understands it at the helm," Kapur tweeted on Wednesday.

Shabana wrote: "Delighted to have a person from the industry taking charge. Congratulations and welcome."

Before joining politics, Irani was best known for her role in the TV show "Kyunki Saas Bhi Kabhi Bahu Thi".