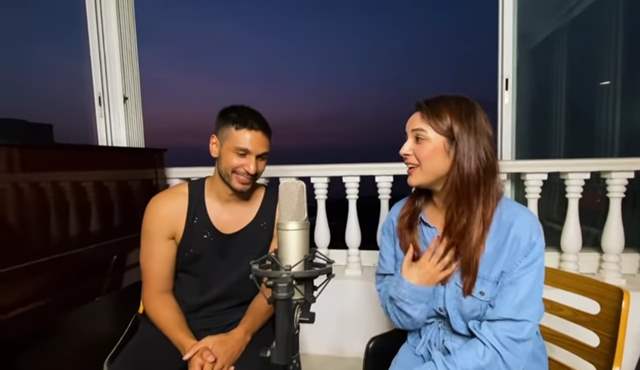 Bigg Boss 13 fame Shehnaaz Gill has been going places with all the work she has done and of course, her stint in the show continues to garner her a lot of love. For a while now, there has been an upsurge in the trend of music videos and well, Shehnaaz will be seen in one soon as well. We broke the news about Shehnaaz collaborating with Arjun Kanungo for a music video and also revealed other details.

Recently, there were photos of Shehnaaz along with Arjun and a popular model that left fans excited as to what is in store. While it looks like we will have to wait up, on that front, the two have shot for the cover of the popular song 'Dil Diyan Gallan' and both their voices seem to be just about perfect. Shehnaaz shared the video on her Youtube channel and it has already been creating quite the buzz in less than 24 hours.

Among other things, we will be seeing her in a fun episode of Shandar Ravivaar and the promo featuring her has also been doing the rounds for two days. While fans are overwhelmed with all the work she has been doing and how she has been keeping them entertained, there have also been reports about her turning guest for Bigg Boss 14. However, that seems to be something that we'll know more about later, but until then, keep reading this space to stay updated.

Twitterverse can't keep calm as Asim Riaz and DJ Snake at a possible ...