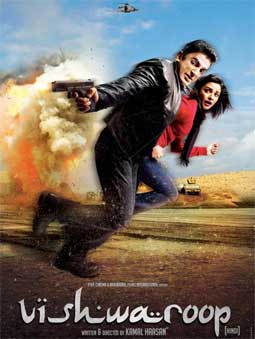 Sheetal Talwar, who produced "Dharm", has not only come forward to defend Kamal Haasan against religious fundamentalism but also offered to release "Vishwaroop", the Hindi version of the controversial multilingual film, here and in North India, if required.

"Vishwaroopam", the Tamil and Telugu versions the film, were scheduled to release in Tamil Nadu, Jan 25, but it has been banned after some Muslim groups alleged that the international espionage thriller is anti-Muslim and can hurt the sentiments of the community. Later it was banned in Andhra Pradesh, Kerala and Karnataka.

The film's fate will now be decided Monday.

"Why are filmmakers in Mumbai not speaking up for Kamal Haasan? Just because he is from the South? Don't they realise, this can happen to any of us? ... I condemn the attack on a film that I am sure redefines popular entertainment, as Kamal's films always do," said Talwaar, who is keen to see "Vishwaroop".

He says that his "Dharm", a hard-hitting film on religious fundamentalism directed by his wife Bhavna, faced the same crisis in 2007.

"My wife Bhavna Talwar's film 'Dharm' was put through a similar ordeal when in fact, 'Dharm' was about communal amity. I am sure Kamal Haasan's film doesn't derogate any community. He is too responsible an artiste to fool around with any community's sentiment's," said Talwar.

While applauding Rajinikanth for seeing through the harassment ruse being meted out to Kamal and coming forward to support his colleague, Talwar wants to see more filmmakers and actors come forward in support of "Vishwaroopam".

"Kamal Haasan is right. This is cultural terrorism. And the fact that the Tamil Nadu government is endorsing it by banning the film, makes it even worse. I am with Kamal Haasan all the way. If he needs, I'm willing to release the film in Mumbai and other centres. All he has to do is ask," said Talwar.

In a related development, filmmaker Ashoke Pandit condemned the "carpet banning" of "Vishwaroopam", describing the ban as a violation of the freedom of expression and the freedom to employment.

Said Pandit: "World over films with controversial subject matters are being made... If the protesting groups find the film objectionable, we as a film industry also find this kind of a carpet banning objectionable."

The film has also been banned in Malaysia.

Identity of Mysterious 'AU' in Rhea Chakraborty's Call ...
7 hours ago