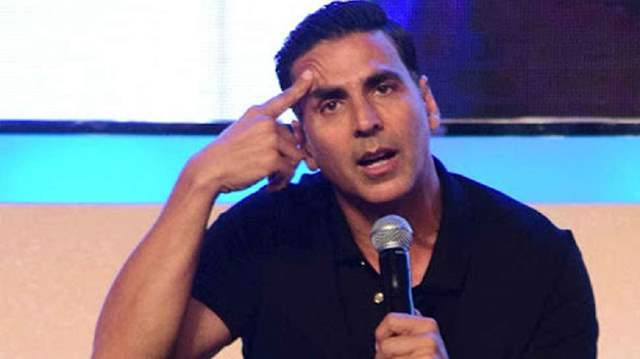 Akshay Kumar recently celebrated two decades of marital bliss with Twinkle Khanna and for many years the actor has been ruling million of hearts but there was a time when he was not so lucky when it came to matters of love.

During his appearance on the Kapil Sharma show, Akshay revealed that he got rejected by the first girl he dated. Sharing his funny story behind his rejection and reminiscing about the incident, Akshay said that he went on three or four dates with the girl in question, which included watching a film together and going to an Udipi restaurant for a meal. However, she dumped him after that.

Problem thi ki main bohot shy tha. Maine kabhi kandhe par haath nahi rakha, haath pakda nahi. Woh chahti thi ki main haath pakdu ya I should kiss her or something. Maine kiya nahi toh woh chhod ke chali gayi (The problem was that I was too shy. I never kept my arm around her shoulder or held her hand. She wanted me to hold her hand or kiss her. I never did so she left me).

When host Kapil Sharma asked what he learnt from this incident, Akshay quipped that he took a ‘U-turn’ after this and changed completely.

Meanwhile, Akshay celebrated his 20th wedding anniversary with Twinkle on Sunday and wished her on the special occasion with a romantic Instagram post.

Sharing a picture of them, he wrote, "The surest I’ve ever been of a partnership...twenty years of togetherness and you still make my heart flutter and sometimes even drive me up the wall but then again I wouldn’t have it any other way coz a smile is never far when you are near Happy anniversary Tina."

Akshay recently made his digital debut with the horror-comedy Laxmii, which broke previous viewership records on Disney+ Hotstar. He has a number of films in the pipeline, including Sooryavanshi, Bachchan Pandey, Prithviraj, Atrangi Re, Bellbottom, Raksha Bandhan and Ram Setu.