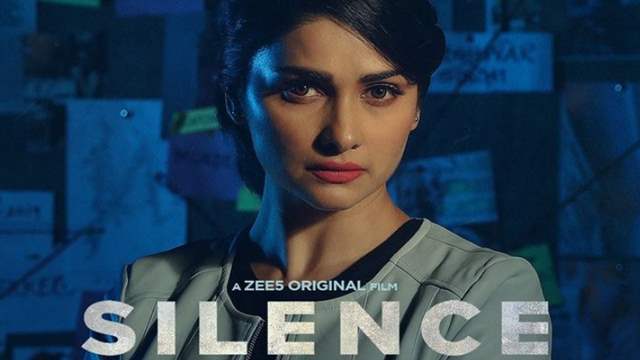 After revealing Manoj Bajpayee’s first look from the film which took the fans by storm, this time the platform has released the first character poster of Prachi Desai and introduced her look to the audiences for the first time. She will be seen playing a role of a cop with a team led by Manoj Bajpayee.

Prachi is all set to make her digital debut with the film and her fans are waiting eagerly to see her on screen again! She looks sleek in a stylish bomber in her first look.

Talking about the poster release and her look, Prachi Desai shares in a statement shared by her team, “I play the role of a cop in ‘Silence… can you hear it?’ My character ‘Sanjana’ works in tandem with ACP Avinash, played by Manoj Bajpayee Sir. She is determined, sleek, sharp minded with a wit of a fox that has a hunger for challenges. This is the first time that I am playing the role of a police officer which made me a wee bit nervous but overall, a memorable and tremendous learning experience.”

The film traces the story of the mysterious disappearance of a woman. As she prepares to leave her house, a tragedy befalls following which the woman disappears only to have her corpse turn up a day later, discovered by trekkers.