You are here :
Advertisement
OVERVIEW ABOUT CAST FORUM
11
ARTICLES
5
FANFICTIONS 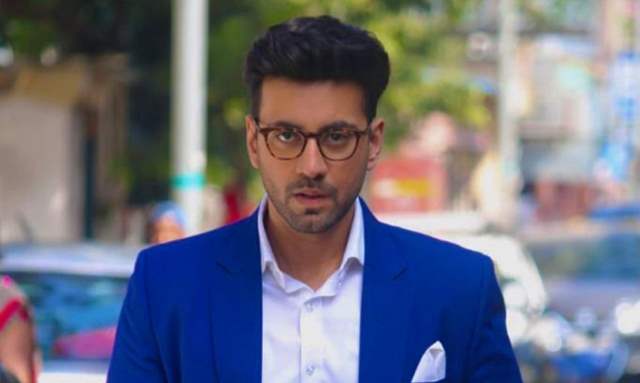 Fans have gone gaga over the lead couple of Shaurya Aur Anokhi Ki Kahani as #Shakhi trends on the social media platform. The fans claim the latest episodes to be one of the cutest as it showed the adorable and unusual chemistry between the leads. Karanvir Sharma is being widely appreciated for his performance in the show.

The Show has managed to captivate the hearts of the audience ever since it started. Karanvir Sharma who is currently seen as Shaurya Sabherwal in Shaurya Aur Anokhi Ki Kahani has been receiving a lot of love from fans for his Character.

Karanvir after entertaining his fans with exciting roles in 24 Season2, Haq Se, Girl in the City Chapter 2, Mangalam Dangalam, Siyaasat as well as in Bollywood films like Zid, Azhar, Shaadi Mein Zaroor Aana, and Blank has continued his march into his fans’ hearts with strong character portrayal in Shaurya Aur Anokhi Ki Kahani. The actor spoke about receiving so much love from his fans in such a short span of time for the show.

“I love my fans. They have loved me a lot and given me so much strength in all these years. The kind of adulation and appreciation I have got for Shaurya is indescribable. I owe everything to them.” Says Karanvir.

Shaurya and Anokhi are among the most popular onscreen couples in Indian television currently. Nonetheless, despite the pandemic, the show continues to prosper as this unusual chemistry is something that one cannot miss.

9 days ago KV is the best as Shaurya

+ 2
12 days ago No one could 've played the role of shaurya better than karanvir sharma. Shaurya Aur Anokhi Ki kahani is a best show on ITV rn.

12 days ago KV is truly the only one who could bring out all the nuances in Shaurya's character with such ease and grace. We have fallen so much for Shaurya all because of the brilliant portrayal by KV!

12 days ago Best choice for such a complex character!

13 days ago KV is such a sublime and nuanced actor. He portrays Shaurya brilliantly. Wishing him all the success and much more!

13 days ago He deserves all the appreciation he recieves. He breathes life into Shaurya. I can't imagine someone else playing the role

13 days ago Love this show. Shaurya and Anokhi are so adorable

13 days ago KV is the perfect choice to play Shaurya. One of the best aspects of the show!

13 days ago Shaurya Aur Anokhi Ki Kahani is the best show ever!