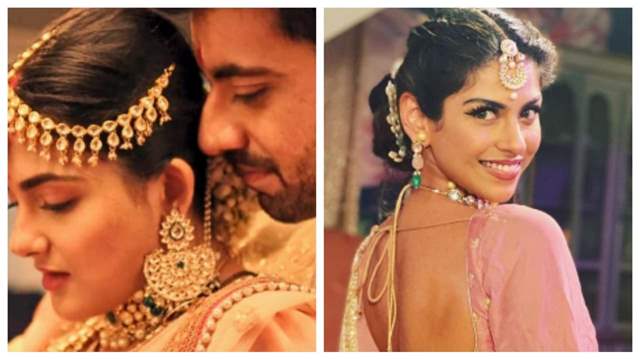 Star Plus show ‘Shaurya Aur Anokhi Ki Kahani’ has been entertaining the fans since the beginning. The wedding track in the show has resulted in increased TRPs. The show received 1.1 rating this week. In the previous episode, Shaurya and Anokhi had a unique wedding in the college premise.

In the upcoming episode, Devi and Tej reprimand Anokhi for arguing with the guests, however, Shaurya and Shaan support her. Shaurya and Anokhi spend some romantic time in their room while Shaurya tries to light up Anokhi’s mood and asks her to forget whatever happened. They indulge in romance and that’s when somebody knocks at the door and asks the couple to get ready. Shaurya gets dressed and meet the rest of the family. Everyone gets stunned seeing Anokhi dressed in a beautiful outfit as she looks drop dead gorgeous. Shagun feels envious as Anokhi is enjoying all the happiness. Alok tells her that he has a great plan for her against the couple.

The family reaches the venue where Anokhi’s family and friends are also present. Devi and Tej pull down Bhallas and show-off their wealth. Ahir intervenes and gives it back to them. Shaurya and Anokhi meet important people from the college and they ask Anokhi about their future plans. Before Anokhi could reply, Devi states that Anokhi will not study further and will be the daughter-in-law of the family.

+ 2
2 months ago Why is this Peacock still sticking her neck in Shakhi business. UGH

2 months ago Dusra room use hoga..🌚#shauryaauranokhikikahani#shaurya#anokhi#shakhi#karanvirsharma#debatammasaha#saakk

2 months ago SH has many rooms. Find another ShaKhi!!#shauryaauranokhikikahani#shakhi#anokhi#debatammasaha

+ 3
2 months ago ANokhi should tell Alok, okay chaachu we will go out from here. Let her enjoy alone

2 months ago When #shauryasaberwal is there nothing to fear...😎...professor will have his own back up plans😂😂....love #shakhi and #saakk to the core ..❤️

2 months ago They will have their SR on terrace 😂😂