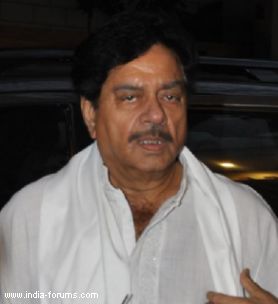 Veteran actor Shatrughan Sinha, who underwent a bypass surgery in 2012, was admitted to a hospital here. His son says it is a "routine check-up" and that "everything is fine".

Shatrughan, who was re-elected from the Patna Sahib parliamentary constituency on a Bharatiya Janata Party ticket, is currently in the Kokilaben Dhirubhai Ambani Hospital here.

His son Luv tweeted: "My father went in for a routine check up that was long overdue. Everything is fine. To everyone that (who) has been worried, thank you for your concern."

A hospital official confirmed the same, adding that the actor will be discharged later Saturday.

"After a strenuous election campaign and resounding victory in Lok Sabha election, Shatrughan Sinha was hospitalised here for his periodic check-up. All tests are normal and he should be discharged later today," Ram Narain, executive director of Kokilaben Dhirubhai Ambani Hospital, told IANS.