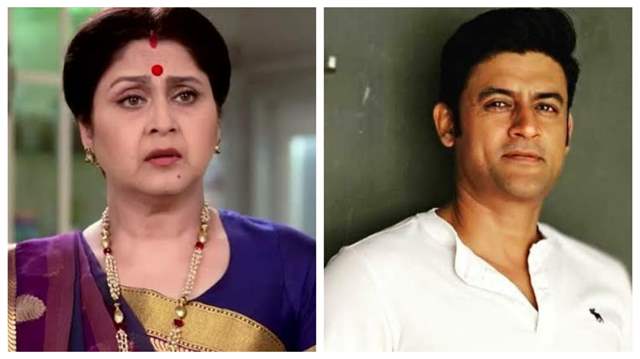 New shows rolling out soon is probably one of those moments of having mixed emotions that every TV watching viewer is struggling with. On one hand the sheer joy that returning shows are already on-air with new episodes is immense, the sheer risk that everyone else is involved in working in times of rising Covid-19 cases cannot be ignored too.

After Parth Samthaan's diagnosis, everyone has become all the more alert about they will be tackling things. Nevertheless, as we were talking about new shows rolling, one of them will be Shaadi Mubarak.

The show has already been in news for a while now and has roped in the likes of Rajeshwari Sachdev and Manav Gohil along with actor Rajashree Thakur Vaidya, who will be making her TV comeback after 5 years.

And now, according to a report in Bombay Times, actor Dolly Minhas, who was recently seen in Chhoti Sardarni has been roped in to play the role of Gohil's on-screen mother in the show.

Confirming the same to BT, Minhas said, “Yes, I am a part of the show. I have a long association with Shashi and Sumeet Mittal. They are great people to work with. It’s nice of them to remember me before starting every project. I am glad that things fell into place this time around. When they offered me the part, I didn’t ask them for too many details. That’s the kind of trust I have in them. I just told them to make sure that my character isn’t like the one I am playing in ‘Choti Sarrdaarni’, and they assured me that the two will be poles apart. I am expecting the shoot to commence by the first week of next month.”

We wish her all the best for this new role.