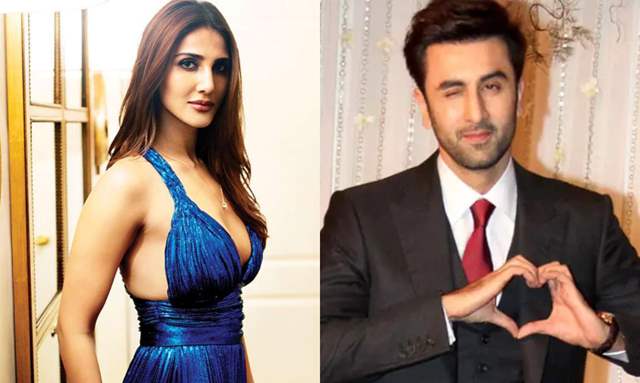 Ranbir Kapoor is undoubtedly the heartthrob of a million hearts, thanks to his charming looks and courteous personality. He is an absolute crowd magnet and his relationship with Alia Bhatt has definitely broken many hearts. He has never failed to impress his fans with his spot-on performances in films like Barfi, Rockstar, Wake up Sid, Tamasha, and most recently Sanju, and adding on to the list, the actor has two highly anticipated releases lined up ahead of him in the coming year : one being a superhero trilogy, Brahmastra, alongside Alia and the other action-adventure film titled Shamshera.

Written and directed by Karan Malhotra, Shamshera is about a "dacoit" tribe who take charge in the fight for their rights and independence against the British. The film also stars Sanjay Dutt and Vaani Kapoor in pivotal roles.

The latest buzz from Aditya Chopra’s action-adventure film is that Vaani will be seen romancing Ranbir in a sensuous romantic song. Spilling the details about the song, "While he works within a controlled budget, Aditya Chopra doesn’t believe in holding back money where it’s due. Apparently, it will be elaborate, lavishly shot dance sequence shot on a set where a massive dance floor has been set up.

"The ambiance is very traditional and authentic yet portraying a sensuousness. It will combine classical dancing, folklore with contemporary movements of those times, so it’s an intricate dance number with complex steps.

"Yet one cannot call it an item number. It will be picturized on Ranbir and Vaani and choreographed by an ace choreography – either Vaibhavi Merchant or Ganesh Acharya or Saroj Khan," a close source told Bollywood Hungama.

The source further added that YRF is keeping hush-hush about the major details about the songs and stated that it plays an important element for the movie’s plot. "Right now, YRF is being tight-lipped about the details. Vaani is an excellent dancer and so is Ranbir so it will be exciting to see them doing such a hot number together on screen. Vaani will have an earthy, sexy look in the song.

"She has been learning kathak as she apparently plays a mujrewali in Shamshera, a dance artiste who travels from village to village on her shows. On one such show, she meets Ranbir and falls in love with him and it is their romantic sizzling track that will be picturized next week as she entices him to love her.

"But he is a man on a mission – fighting for his country and not easily lured. The romantic song will involve lots of dancers and will be picturized on an opulent and elaborate scale depicting the romance between the two actors. It’s an important track in the movie as their romance takes off from there," the source revealed.

While Ranbir has been prepping for Ayan Mukerjee’s Brahmastra, Vaani, on the other hand, will be next seen in War starring Hrithik Roshan and Tiger Shroff.

The two actors have never been paired together on screen before but it looks like the duo is ready to set our screens on fir. It will be interesting to witness their chemistry in this awaited romantic number.