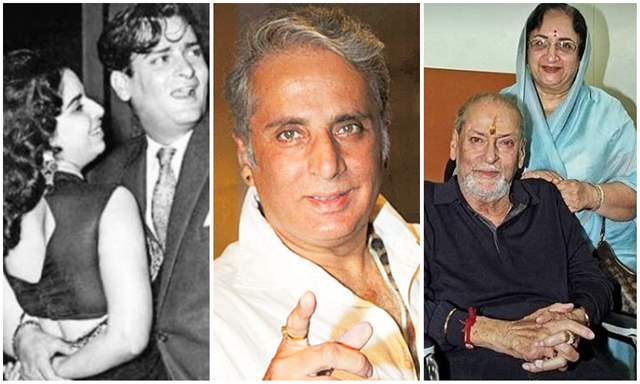 Shammi Kapoor's son Aditya Raj Kapoor has opened up about losing his mother, actor Geeta Bali and the struggles he faced after her loss.

Aditya says that he turned into a ‘a wounded, anguished, rebellious, howling animal’ in his younger days and used to write ‘threatening letters’ to his father from boarding school.

"My mother was the original Sridevi. She passed away when I was nine. The whole boarding school wept with me. She used to mother all my friends. Those were not easy years for me. Mom was gone. Dad had become so successful he had no time for me. Superstars today have organised lives. In my father’s time fans had no access to him through Internet, television or magazines. They’d barge into our home at any time. I was left with no space that I could call my own with my father.”

Aditya fondly remembers his father Shammi Kapoor's second wife Neela Devi and states that she made him a human being again.

“It was Neela Devi who made that space for me in our home. She devoted her life to my father, decided not to have any kids of her own because my sister and me were already there. No Hindu woman would do this. From boarding school I used to write threatening letters to my father. I used to tell him that I’d run away from school. I told him he could marry any woman he wanted. But I had to have a mother. Neela Devi filled that gap."

He adds: "She turned me from a wounded, anguished, rebellious, howling animal to a human being. Just goes to show, that a mother makes the family. But I never stopped missing my mother Geeta Bali.

The death of my mother left me scarred.It took my second mother a good ten years to heal me

My first and second mothers were different people.”

Aditya Raj Kapoor was all set to make his Bollywood debut when he was 17 years old but decided to quit the industry based on the advice of his Guru.

“ By the time I was 17, I was a rebel without a cause I was going to make my film debut. Then I found my spiritual guru. And he told me those life-changing words - Leave The Film Industry. At that juncture when I was to be launched as a hero under the RK Banner right after Rishi's was launched in Bobby, I left. I was also assisting Raj Saab and preparing to be a film director. My father questioned my decision over and over again. But I was adamant. My Guruji instructed me to try my luck in entrepreneurship. He arranged for me to work with a shipping magnate Yogendra Madhav Lal, then Rajan Nanda. Then I started my own company. For 25 years I never looked at cinema. I stopped seeing films. The temptation to return to the industry never left me. Even after my Guruji's death, I didn't look back at the film industry. Only after I migrated to Dubai, did I return to movies,” adds Aditya.