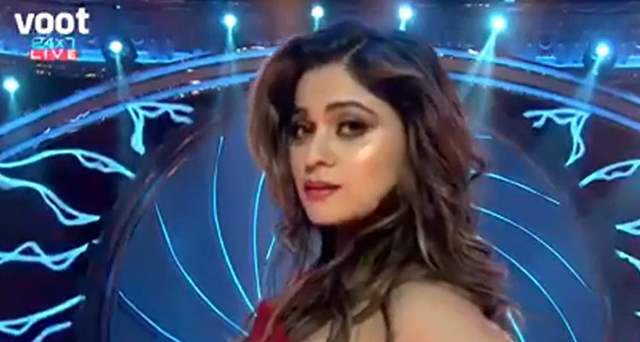 Yes. Shamita Shetty is all set and rolling to have a second innings in the Bigg Boss house. There were rumors that Shetty will be seen in this OTT version but there was no confirmation on the same. However, not only is it official now but the actor has already made her presence felt as she made a smashing entry on the stage of Bigg Boss OTT.

Interestingly, this is not the first time Shetty is appearing on Bigg Boss where she has been a part of Bigg Boss 3 over a decade ago. While her stint in the third season was a short one lasting only over a month but she made quite an impact indeed. Back then, Shetty had withdrawn from the third season as she had to attend her sister Shilpa Shetty's wedding. And it seems quite a coincidence that the actor is now making an appearance on Bigg Boss OTT amid the controversy and case surrounding her brother-in-law, Raj Kundra.

Currently, Kundra is in police custody due to the alleged pornography case.

Post the controversy, Shamita's sister Shilpa Shetty has stayed away from media and even her show Super Dancer where she was seen as a host. Many continue to wonder what is the reason that Shamita is making her return to Bigg Boss and there are rumors about the same circling around too. But we will definitely have to wait and see why exactly Shamita has entered as she will talk about it on the show.

Bigg Boss OTT has now gone live on Voot and will be available to view 24/7 for subscribers.

2 months ago What is she even doing in biggboss15? Few days ago she was saying that she is supporting her sister shilpa shetty in her hard times since her husband raj kundra is in jail. I believe life goes on but this fast?