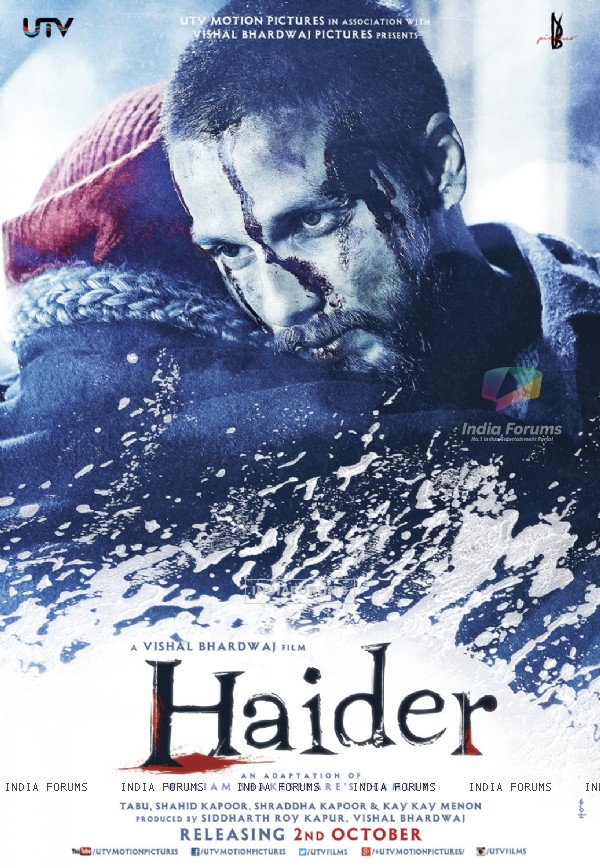 Vishal Bhardwaj's Haider, adaptation of Hamlet, has seen Shahid's transform himself completely to get into the skin of his character for which he is getting appreciation from the industry. Director Vikas Bahl says, "It's wonderful to see how he gets into the skin of the character and constantly surprises us. Wanting to see him play Haider now."  Futher director-producer Karan Johar adds, "The film looks engaging and power-packed with drama and intrigue. It also appears to be Shahid's best celluloid work." From the first look of the film, it generated incredible grip online and on social networking sites

The actor is now being asked on how he got into the skin of his character, so much so that while he was in a meeting at a suburban five- star, a hotel guest disturbed the meeting to tell him how much he loved the trailer. Even his neighbours have been telling him about the trailer and how they are looking forward to the film. This has been encouraging Shahid, but the most important ones come from his father Pankaj Kapoor, who said, "Haider is real, touching and explosive. I have not seen Shakespeare's Hamlet interpreted the way Vishal has in Haider. I am proud of Shahid's performance in it."