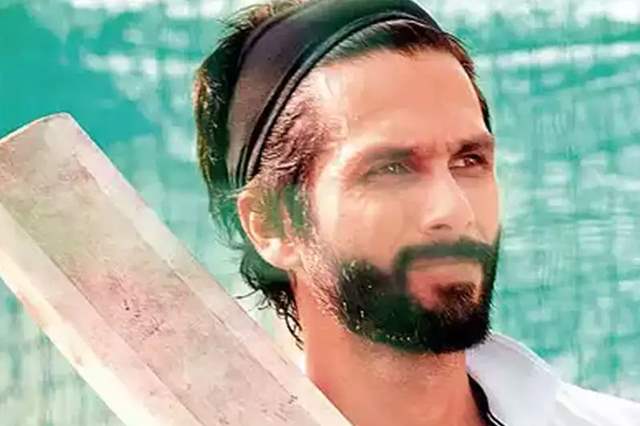 Actor Shahid Kapoor can certainly be termed to be probably in the best patch of his career where even though his last release, Kabir Sigh was over a year and a half ago, it is still his biggest solo success grossing over Rs 250 crores. Kapoor is all set and rolling now where he has been preparing for his upcoming film, Jersey for a while now especially after multiple delays.

Now, after all this while and going through a lot, Kapoor and the rest of the team of the film has wrapped up their shoot.

Kapoor, as we know went through a transformation for the film and as we also know this is his only second-ever sports film. Kapoor took to Instagram and announced the same with a heartfelt note wherein he expressed his gratitude for the entire team who were risking their lives and working towards completing the film amid the on-going pandemic. Kapoor wrote, “It’s a film wrap on #jersey .... 47 days of shoot during covid. Just unbelievable. I am so proud of the entire team. It’s nothing short of a miracle. I want to thank each and everyone from the unit for coming to set every day, putting themselves at risk and doing what we all love doing. Telling stories that touch hearts and make a difference. Jersey is a story that speaks of a Phoenix rising from the ashes.”

He also wrote, “The triumph of an indomitable spirit. If there was ever a time I could connect with the underlying spirit of a film this was it. As we all fight through this pandemic. Let’s always remember. This shall pass too. Here’s to my best filmmaking experience yet. Here’s to Jersey ... we shall overcome !!!! @gowtamnaidu @mrunalofficial2016 @geethaarts @amanthegill @srivenkateshwaracreations.”-