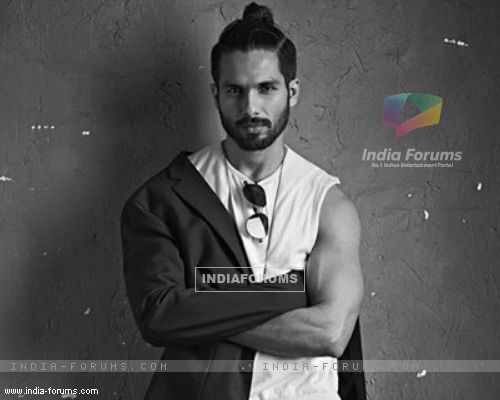 Shahid Kapoor's look in one of the most anticipated films Udta Punjab has been in the news for various reasons. Now there is more to the list. The actor will be donning as many as 8 to 9 body tattoos in the film. This will be the first time that we will witness Shahid don these many tattoos in a film. It is one of his character's requirements.

Moreover, the actor has been seen in different avatars off late. Shahid was seen in a pony at an event recently, post which the actor changed his look in which he is seen wearing a blue hair strand, and last being his short hair look.

With so many variations of his look, we wonder if Shahid will be donning multiple looks in Udta Punjab. The film has been in the news for various reasons and has already created tremendous buzz. Post Shahid's look in Haider, we wonder how the actor will be experimenting with his look in Udta Punjab.