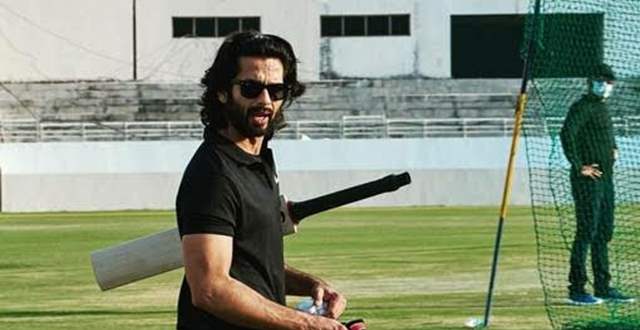 Actor Shahid Kapoor will be looking to keep his massive success of Kabir Singh going on with his upcoming film that has been in the works for a while.

Ever since Kabir Singh, Kapoor signed to play the lead in Jersey, which is a remake of the  original Telugu film and starred Nani in the lead role. Kapoor has been prepping up rigorously for his character for a while and while the pandemic delayed the film, it is finally all set to be rolling soon.

The release date of the film was announced and it can be confirmed that Jersey will arrive this Diwali i.e. 5th November 2021. Trade analyst Taran Adarsh confirmed the same saying, "SHAHID KAPOOR: #JERSEY ARRIVES THIS #DIWALI... #Jersey - starring #ShahidKapoor - to release in *cinemas* on #Diwali [5 Nov 2021] ... Costars #MrunalThakur and #PankajKapur... Directed by Gowtam Tinnanuri [also directed the original #Telugu film]."-

Kapoor recently posted about wrapping up the shoot of the film.

Prachi Desai: Was told ‘You are not hot enough’, Replaced for not ...