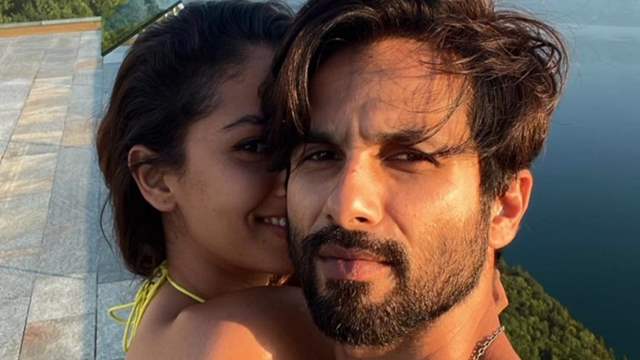 Bollywood actor Shahid Kapoor is one of the most loved actors in the showbiz. He won a million hearts with his latest appearance on the big screen with Jersey. The actor is currently vacationing in Europe with his wife Mira Rajput and their children Misha and Zain, taking a break from his hectic schedule.

The Jab We Met actor has been active on social media throughout the trip, occasionally giving fans and followers glimpses into his vacation.

Shahid recently shared a sweet photo of himself and his wife Mira on his Instagram account. Mira is seen leaning on Shahid's shoulder as the couple poses for the camera, looking adorably in love.

Fans are going gaga over their vacation pictures and have swarmed Shahid's comment sections with red heart emojis.

The 41-year-old actor also posted a photo of himself and his wife Mira on his Instagram stories, in which they can be seen posing in front of lush green mountains and a body of water. Mira wore a backless yellow jumpsuit, while Shahid opted for a comfortable, casual grey T-shirt. 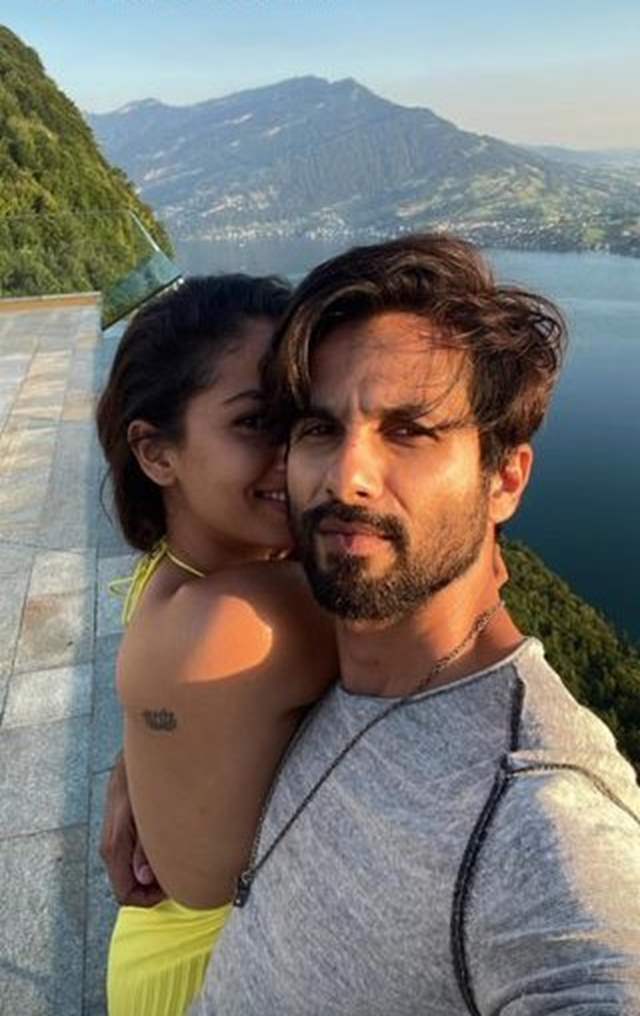 Meanwhile, on the work front, Shahid is reading a few scripts, and a big announcement is expected soon after his return from the holiday. He will soon be making his digital debut in Raj and DK’s web series titled Farzi, where he will share screen space with Raashii Khanna, Regina Cassandra, and Vijay Sethupathi. He also has a film with Ali Abbas Zafar in the pipeline.