Latest news from the well known Twitter-land is that Kunal Kohli has finalized Shahid Kapoor in his next project. Tweets he, 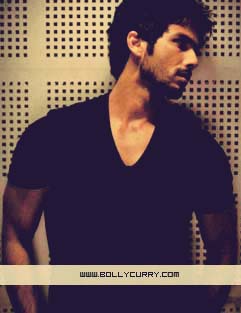 "Shahid Kapoor and me working together in my next film. Will hopefully sign the heroine in the next few days. Will keep you posted" ((c) Twitter).

While currently the Kapur lad busy shooting for daddy Pankaj Kapur's Mausam, schedules for this untitled film are being put into order for April in the new year.

Kunal's movie with Shahid shall be a love story; music for which will be composed by Pritam while Prasoon Joshi is on the team for the lyrics.
A while ago, Kohli had talked of a future film with Saif Ali Khan (the director-actor duo of Hum Tum fame); but soon after he had notified his fans through Twitter of things not falling in place.One wonders, if it is Saif's rejected project that has been accepted by Shahid, but director Kohli denies it downright, claiming Shahid's script to be brand new. Fact was, Kunal clarifies, that Saif was signed up to do the film with Ashtavinayak, while he, Kohli, was just going to help the director. But since Saif turn down of the offer dismissed that chance, he diverted his attention to this new project with Shahid, which is solely his directorial.
Having worked with greater veterans of histrionics, the likes of Aamir and Saif, Kohli may have thought twice about signing on the comparatively speaking lesser experienced Shahid, but the director has great confidence in this young lad, believing that despite rather average fairing of his previous 2010 releases, the upcoming Mausam shall fall into line with other his like Jab We Met, Kaminey, and Vivah.
Kohli's own latest release, Break Ke Baad, is presently doing well at BO.

We wish the duo of Shahid and Kohli much luck for their first time joint project!
12 Likes