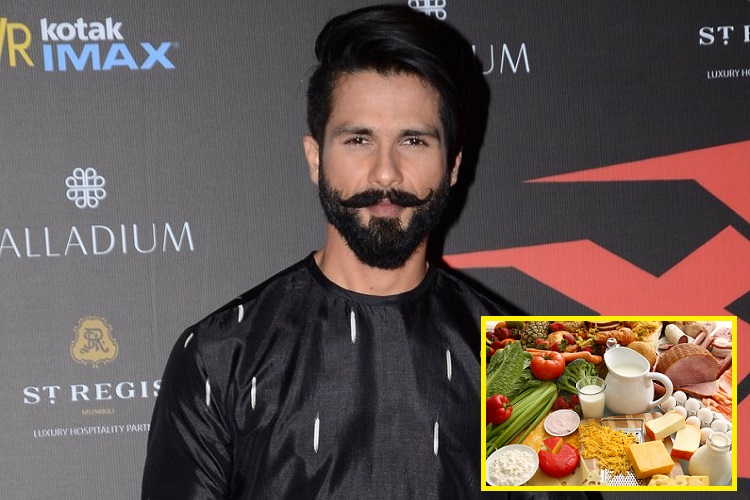 Shahid Kapoor ropes in celebrated chef to customize diet for his new look!

To achieve a warrior like body to essay the role of Raja Ratan Singh in Sanjay Leela Bhansali's "Padmavati", which meant getting ripped with a lean frame , Shahid Kapoor worked closely with celebrated chef Kelvin Cheung, head chef at Bastian and former chef at Ellipsis to customize his meals.

Shahid got the Canadian chef on board to chalk out his meal plans, which change with his workouts and body requirements. The meals that are completely vegetarian are customized to make it wholesome, healthy and delicious.

Shahid Kapoor who has been the poster boy for vegetarianism and bagged the "hottest vegetarian" title thrice, has been on a special diet, which comprises three meals and two snack packs. The diet involves a lot of greens, high protein grains and legumes and healthy carbohydrates.

Talking about Shahid's diet says chef Kelvin, "Shahid has always been fit and healthy but he also needs an energy boost to survive the long working hours of this arduous schedule and the aim is to efficiently give him stronger muscle mass while maintaining the aesthetics of his look."

The star's diet also majorly comprises a lot of Asian style of cooking, given that he is completely off salt and the spices used in Asian cuisine give the meal a certain flavour despite the absence of salt.

Talking about his indulgences says the chef, "His treats are usually small, sweet nuggets made of coconut milk as he doesn't consume any artificial sugar. A bowl of cut mangoes is a summer indulgence"

Says Shahid Kapoor, "Fitness has always been a part of who I am. Even though it can be tougher for me as a vegetarian, it's completely worth it and satisfying at the end of the day."

Navina Bole all set to make her comeback post Pregnancy in ...
44 minutes ago

Jiya Shankar roped in to play the new lead in the second ...
56 minutes ago