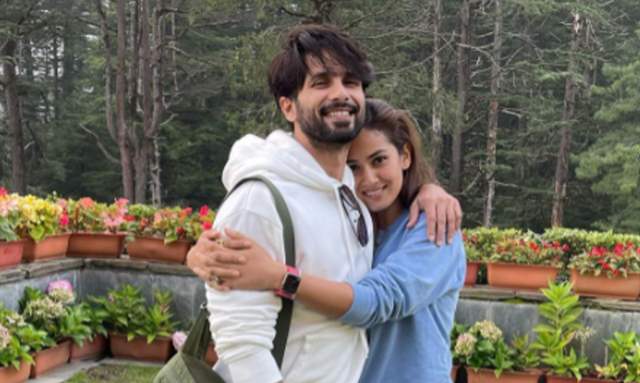 Back when it was out that actor Shahid Kapoor has married Mira Rajput, it was indeed one of the most-talked-about marriages to talk about and witness. Kapoor, who had quite a history with relationships decided to get married with a person outside the industry and it would be more than safe to say, that the marriage and companionship Kapoor and Rajput are together in - they are happier than ever.

The couple continues to provide goals to one and all out there and their display of affection online is something to die for. Today marks Rajput's birthday and on this special occasion, Kapoor shared a couple of happy pictures following which he wrote, “Not just to share your joys but to share your sorrows too. Not just for every day, we smile in each other’s arms but on the days we cry in each other’s arms. You are the center of my world. And I wouldn’t want it any other way. Happy happy birthday.”-

In the first image, Kapoor can be seen hugging his wife with all love and affection. The couple can be seen completely living in the moment. In the second photo, both are seen donning their brightest smiles as they pose together. The couple tied the knot on July 7, 2015, in an intimate wedding in Gurgaon. They are now proud parents to two children--daughter, Misha, and son, Zain.

On the workfront, Kapoor will be seen in the film, Jersey which continues to await a theatrical release owing to the pandemic.

Mumbai Police points out misogynistic comments in 'Kabir Singh' and ...