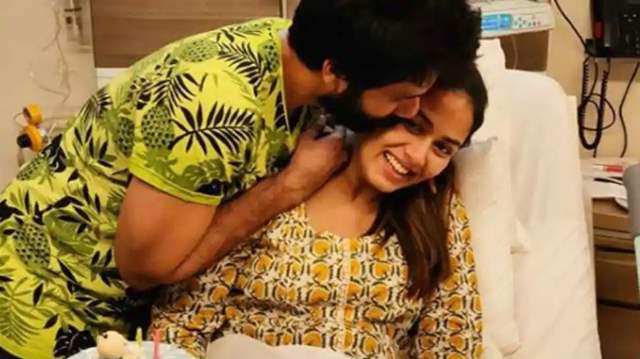 Shahid Kapoor and Mira Rajput Kapoor have been giving us major couple goals. The duo leave no stone unturned when it comes to praising each other and expressing their love. Be it indulging in some PDA or showering compliments or simply putting up appreciation posts for each other, the duo do it all!

This time around it has been cooking! Shahid experimented with his culinary skills to cook something delicious for his darling wifey. And let us tell you, this has been the first time when Sasha cooked something for Mira in their five years of marriage.

Yes, you read that right! Mira herself has revealed this.

Taking to her social media account, the 25 year-old, mommy of two shared her excitement of eating the yummy food cooked by her doting hubby and  gave a 'nobias' review of Shahid's cooking skills. Sharing a photo of the dish, which looks like a vegetable Pasta, Mira wrote alongside: "The husband cooks for the first time in 5 years and this is by far the best past I've eaten!!! #nobias." 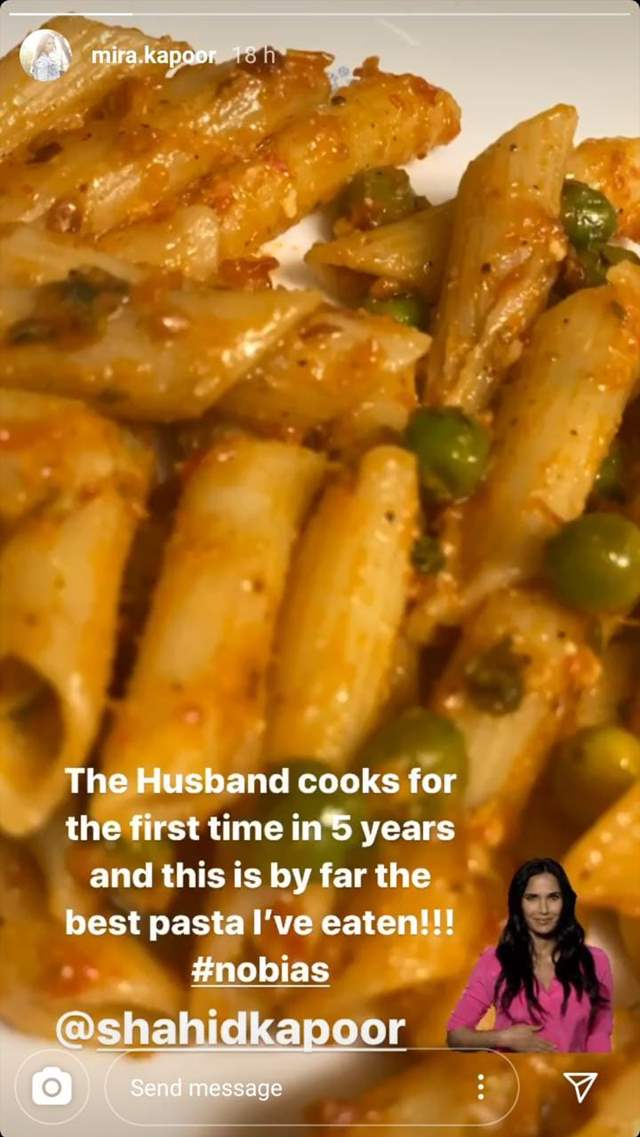 Looking at the pasta, it surely appears to be delicious and mouth-watering.

On the work front, Shahid Kapoor was last seen in Kabir Singh, the Hindi remake of Telugu blockbuster film, Arjun Reddy. Next, the 39-year-old actor has Jersey in his kitty where he essays the role of a cricketer. Shooting of the same is currently on hold because of the on-going outbreak of Coronavirus pandemic that has hit the world.