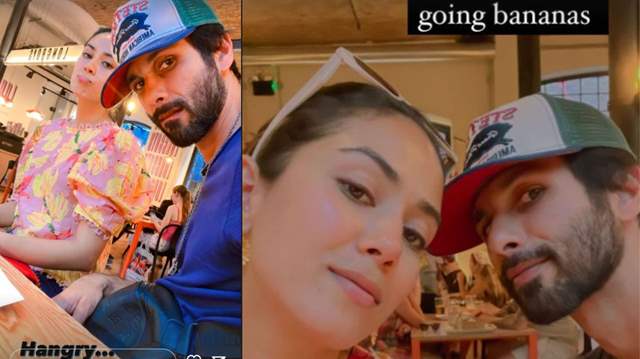 Even after 7 years of their wedding, it seems that Shahid Kapoor and Mira Rajput are living the fresh days of their relationship. The power couple never shies away from expressing their love towards each other and fans love them for keeping it all candid and organic.

Presently, Shahid and Mira, along with their 2 kids are holidaying in Europe and have been documenting it full-fledgedly on their social media handles.

Shahid and Mira both shared pictures from a restaurant they visited on Instagram. They appeared quite youthful in the snaps. Shahid donned a stylish blue t-shirt, and Mira sported a pink dress with floral print. 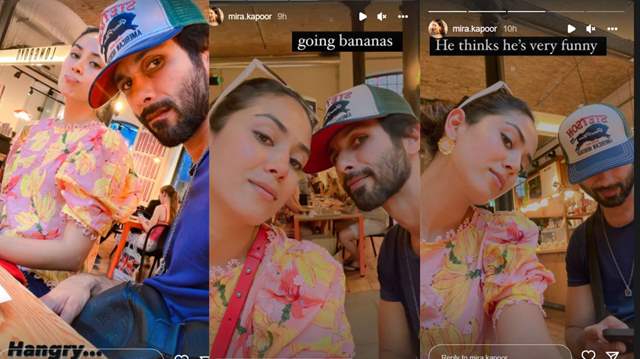 Through his caption, the Jab We Met actor implied that he was "Hangry," which implies hungry plus angry. In the selfie, Mira was seen making a sad face. Mira also shared a couple of snaps of the duo. In the first selfie, she wrote 'going bananas', which might have happened because of a delay in his food order. Posting another selfie, Mira took a dig at his hubby and wrote, 'He thinks he's funny.'

Fans couldn't stop gushing over this cute banter between the husband-wife duo.

Speaking of his work, Shahid Kapoor has a number of intriguing projects in the works. With Raj & DK's next project Farzi, starring Vijay Sethupathi and Raashii Khanna, the actor will make his OTT debut. On the other hand, Kapoor has collaborated with Ali Abbas Zafar for an action comedy for the first time. Diana Penty has been cast as the project's leading lady, according to reports.