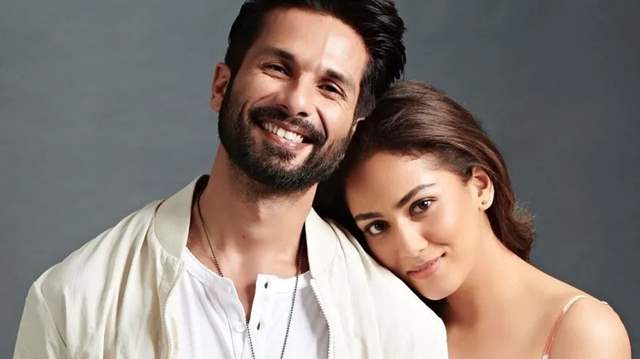 Mira Rajput and Shahid Kapoor is an endearing pair, who never pass up the opportunity to set major relationship goals. To be noted, Shahid and Mira got married in 2015 in an arranged marriage.

Since then, the dynamic duo has been showing off their pleasant family moments and mushy pictures to their followers. Today, the couple has taken social media by storm and painted it red with their love as they celebrate 7 years of togetherness. Both Shahid and Mira have shared unseen mushy pictures with each other and penned affectionate words.

Shahid posted a selfie with her other half wherein they can be seen sporting cool shades while posing for the camera. Shahid's caption read,  “7 down baby. Happy anni you made it through 7 hard long years. You a survivor. You a LEGEND”.

On the other side, Mira also shared a charming photo of her and Shahid lounging in the sun from their Swiss diaries. Shahid appeared sharp in the photo sporting a grey sweatshirt and brown pants, while Mira was clad in a black t-shirt and jeans. She could be seen smiling and clutching her main man near to her, her head resting on Shahid's shoulder. Mira's caption read, “The love of my life. Happy 7 baby. I love you beyond the itch and back @shahidkapoor” along with a heart emoticon.

In terms of his professional life, Shahid Kapoor most recently appeared alongside Mrunal Thakur in Gowtam Tinnanuri's Jersey. He'll next be featured in Ali Abbas Zafar's untitled action drama. In addition, he will be seen in Raj and DK's next OTT project titled Farzi, marking his OTT acting debut.

+ 8
2 months ago i havent like her since that epi on kwk.

+ 6
2 months ago Happy anniversary to Shahid and Mira 🤗.