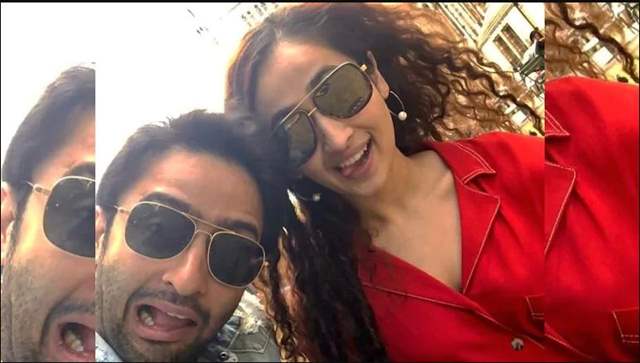 Shaheer Sheikh and Ruchikaa Kapoor, who not long ago confirmed on social media that they are indeed dating are ready to take the plunge soon. There have been many reports doing the rounds that the couple might soon tie the knot and once again Shaheer has made his fans beyond happy, by confirming the wedding rumors.

The couple settled for a court marriage due to the pandemic and plan to have a traditional wedding later. After the court marriage, the couple flew to Shaheer’s hometown in Jammu, where they had a small ceremony at his house, which was followed by another informal ceremony at Ruchikaa’s residence in Mumbai.

Shaheer confirmed the news and told that Ruchikaa is very honest and the best part is that they are friends first. He added how can be real in front of her given how as an actor, he always has to pretend in front of the camera.

Shaheer and Ruchikaa have been in a relationship for almost one-and-a-half years now; and met on the sets of 'Judgementall Hai Kya' around two years ago.

Recently, Shaheer posted a lovely picture of Ruchikaa laughing and captioned it saying, "#TuHasdiRaveexcited for the rest of my life..#ikigai"