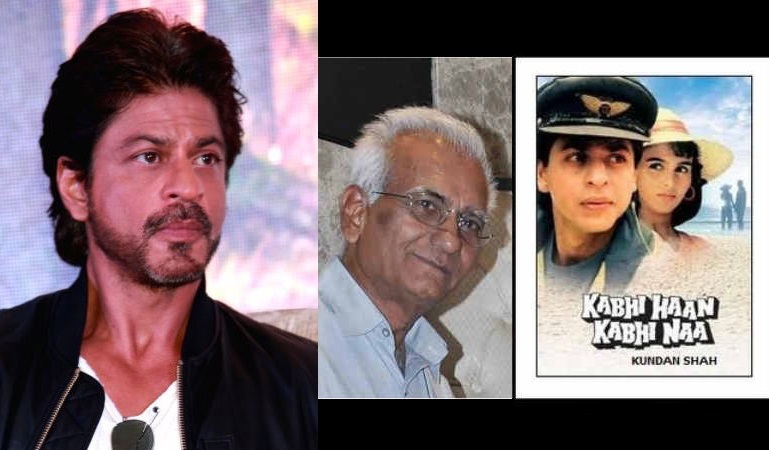 Bollywood superstar Shah Rukh Khan on Tuesday attended a prayer meet in memory of the late Kundan Shah, and said the "Jaane Bhi Do Yaaro" director reminded him of his mother.

Shah Rukh spoke from the heart at the prayer meet, which was attended by Aziz Mirza, David Dhawan, Satish Shah, Ashoke Pandit and Saeed Mirza among others.

On an emotional note, he said his "Kabhi Haan Kabhi Naa" director's expression of love was very different from how people usually behave.

"It is one of the greatest losses of my life. I was 25 when I came to Mumbai, I have stayed in Kundan's house, I have been fed by his family and taken care of by them. I remember when I was leaving Delhi, my theatre friends told me when you meet Kundan Shah, touch his feet and give him a hug.

"I am who I am not just because I have learnt from him, but because I have got so much from perhaps one of the greatest directors of our time in the Hindi TV and film industry," Shah Rukh said.

He also recounted how Shah was unhappy with his work in "Kabhi Haan Kabhi Naa", and constantly tried to bring out the best in him.

The actor had last met Shah around five to six months ago at a book launch. It was only around a week before the director died that Shah Rukh had told his wife Gauri of his desire to meet him again.

"I have some posters of two, three films in my house. One of them is 'Mughal-e-Azam' and it is signed by Dilip Kumar saab. One is that of 'Jaane Bhi Do Yaaro', which Kundan had refused to sign for a long time. Just six to seven days ago, I told my wife I will go and get it signed by Kundan... And he left the world without signing that poster for me.

"But his memories, love and the way he treated me will always be with me... Everytime he came to hit me, everytime he shouted at me, fed me at his house, told me how bad I am, everytime he told me how I'll never do good work in my life, reminded me of my mother.

"I'll miss Kundan like my mother that I didn't have for the longest of time," Shah Rukh said.

Satish Shah and Saeed Mirza, who worked very closely with Shah, also paid tributes remembering their good times with the director, who made few but impacful films.

At the prayer meet, Shah Rukh was also seen helping Aziz Mirza come down a couple of stairs -- an act of kindness that was captured and is being widely shared on social media.

5 years ago RIP kundan shah...may god his rest soul in peace...
thank u for giving great films and superstars like shahrukh khan