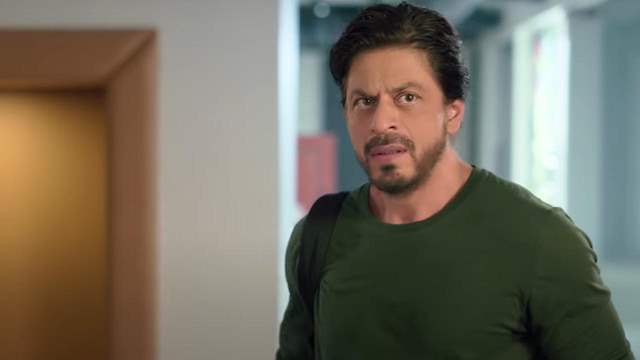 Bollywood actor Shah Rukh Khan is all set to come back on the big screens almost after four years. His fans are elated to see their superstar back in action. Well, now a picture of SRK filming for 'Dunki' recently surfaced on social media. It showed him in a casual messy look while surrounded by the film's team.

Shah Rukh was in a plaid shirt and black trousers in the picture and was also wearing a kada (bracelet). He carried a rugged look with some facial hair. He was smiling as the camera captured him from the side. The picture was clicked as he shot for the film on the riverside at Waterloo Bridge in London.

Shah Rukh Khan stars opposite Taapsee Pannu in the Rajkumar Hirani film. This marks his first collaboration with the filmmaker, and also the first time he and Taapsee will appear together on the screen.

The actor had announced the film in a video in April, which featured him looking at posters of Sanjay Dutt’s Munnabhai MBBS and Aamir Khan’s PK and saying he was feeling left out. The film is expected to release in theatres on December 22 next year. Dunki is aJIO Studios, Red Chillies Entertainment, and Rajkumar Hirani Films presentation, where it is penned by Abhijaat Joshi, Kanika Dhillon, and Hirani, who will also produce the project with Gauri Khan. The film went on floors this April, with the next schedule being shot extensively in Punjab.

The megastar has two more films coming next year. He stars alongside Deepika Padukone and John Abraham in Siddharth Anand's Pathaan, scheduled for release on January 25 next year. He also has Atlee's Jawan which will come out on June 2 next year.

+ 8
2 months ago wow, his skin looks really smooth. how did that happen?